He'd have to be from Cork, wouldn't he?

18-year-old Aaron Hill beat the reigning world champion Ronnie O'Sullivan 5-4 in their dramatic 2nd round clash at the European Masters on Thursday night. Having been behind 3-1, O'Sullivan came back to lead 4-3, and one would have imagined the writing was on the wall for the young Corkman, in what is just his second professional event to date.

However, Hill held his nerve in the closing two frames to earn himself an impressive victory.

That could be HUGE.

Speaking after the win, Hill said he was "speechless" after beating his childhood hero: "I didn't go out to just be happy to be there. I still wanted to win the match and if I'd lost after being 3-1 up I would have been disappointed."

He continued: "I'm so so pleased for that victory. My family back home, my friends, everyone must be buzzing. I had a quick look at my phone there and I think it's going to take me until Christmas to reply to everyone."

The key turning point for him was when he gathered his thoughts after O'Sullivan had won three frames in a row to take a 4-3 lead: "I just said to myself in the chair: 'Look, if you were offered 4-3 down before the match, would you have taken it?' And course I would have taken it."

"So I just tried to win that frame to go 4-4 and then anything can happen in a decider, as you just saw."

O'Sullivan had grabbed headlines during the World Snooker Championship when he suggested that there was a lack of young talent coming through in professional snooker: "People like me and John [Higgins] and Mark [Williams], if you look at the younger players coming through, they’re not that good really."

Unsurprisingly, those comments were in the back of the current European u18 and u21 champion, Hill's mind: "I said to myself when he said it that one day I'm going to show him what I can do and I think today was the day."

Aaron will face Matthew Stevens in the next round. 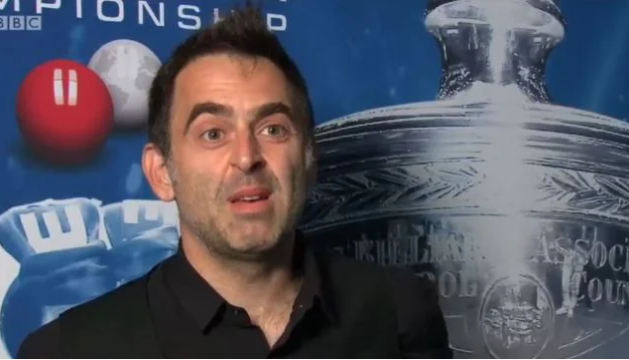