Redemption For Anthony McGill As Ronnie O'Sullivan Crashes Out

Ronnie O'Sullivan was knocked out of the World Snooker Championships last night by Anthony McGill after a thrilling match at the Crucible that was decided in the final frame.

McGill led 10-6 at the end of the afternoon session, but O'Sullivan was fired up in the evening session and launched an incredible fightback that put him into an 11-10 lead deep in the evening.

Alarm bells would have been ringing for McGill, who was famously knocked out at the semi-finals of the World Championships last year in similar circumstances. Kyren Wilson mounted a comeback and snatched a late victory in the final frame, and the memory of that loss was surely fresh in McGill's mind as O'Sullivan came firing back during the evening.

But McGill held his nerve and a stunning close to the game saw him seal the win 13-12. Each potted ball in the final stages brought a celebration from McGill, and it was clear how much the victory meant after last year's infamous loss.

Players dream of meeting Ronnie O'Sullivan at the Crucible.

The famously outspoken O'Sullivan had a poor close to the evening session, and it was strange to see a player of his calibre resorting to tactics like Mark Williams' controversial break shot. After his early surge and brief stint in the lead, it was disappointing finish to the day and exit from the World Championships for one of the sport's greats.

Has Ronnie O'Sullivan been getting lessons from Mark Williams?

The famously outspoken O'Sullivan was surprisingly humble in the aftermath of the match, praising McGill's performance. He was particularly impressed by McGill's strength in bouncing back from last year's disappointment, and suggested that he would now be rooting for McGill in the later stages of the competition.

Ronnie O'Sullivan: 'That match that he lost in the semi-finals last year, he didn't lose it because he bottled it, he was just unlucky. He deserved his victory. Any snooker player that was watching that last year can't begrudge Anthony a world title after that.' #snooker

It was McGill's first ever win over O'Sullivan and it was a pretty spectacular way to do it. He will go on to play the winner of the upcoming match between Stuart Bingham and Jamie Jones in the quarter-finals, as he continues his mission for redemption. 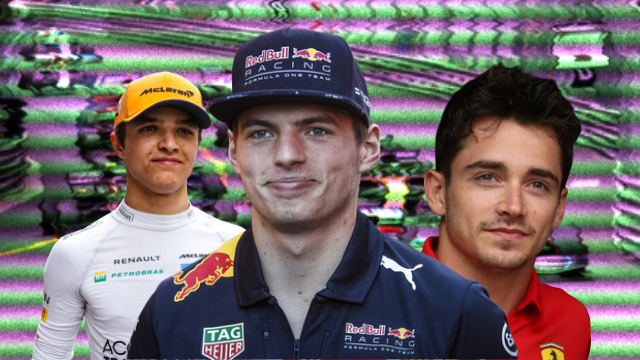 Snooker
1 day ago
By Michael McCarthy
Was This Alex Higgins Clearance The Greatest Break Of All Time?
Snooker
3 days ago
By PJ Browne
Tears All Round As Dennis Taylor Confirms Snooker Retirement
Snooker
6 days ago
By PJ Browne
Mark Selby Was 'Hurt' By Stuart Bingham's Post-Match Accusation
Previous Next

Snooker
1 day ago
By Michael McCarthy
Was This Alex Higgins Clearance The Greatest Break Of All Time?
Snooker
3 days ago
By PJ Browne
Tears All Round As Dennis Taylor Confirms Snooker Retirement
Snooker
6 days ago
By PJ Browne
Mark Selby Was 'Hurt' By Stuart Bingham's Post-Match Accusation
Popular on Balls
Rugby
21 hours ago
By Eoin Harrington
Mike Brown's 16-Year Harlequins Career Is Over After Stamping Ban Issued
Other Sports
22 hours ago
By Balls Team
12 Of The Most Cringeworthy Moments In Sporting History
The Rewind
18 hours ago
By Balls Team
The 5 Best Irish Accents By Foreigners In Cinema History
The Rewind
18 hours ago
By Donny Mahoney
The Best And Worst British Media Coverage Of The Ballymurphy Verdict