Tears All Round As Dennis Taylor Confirms Snooker Retirement

Dennis Taylor brought the curtain down on a 49-year career in competitive snooker this weekend.

The 72-year-old made the announcement following his defeat to Barry Pinches in the World Seniors Championship at the Crucible.

"That match against Barry was my last competitive match ever," the Tyrone man told BBC.

"What a way to finish here at the Crucible theatre. I have enjoyed every minute of the Seniors tour.

"The standard is getting so high but there is no way I can compete with these youngsters nowadays."

It was an emotional moment not only for Taylor but all those gathered at the theatre.

"So much emotion for all of us who've had our lives working in sport," said BBC reporter Rob Walker before inviting Taylor to kiss the World Snooker Championship trophy one more time.

Emotional scenes in the Crucible Theatre this afternoon as Dennis Taylor hangs up his cue - following defeat to Barry Pinches - and I won't lie, I had a bit of a lump in my throat there. pic.twitter.com/sqKqzYWVdO

White is the defending champion. 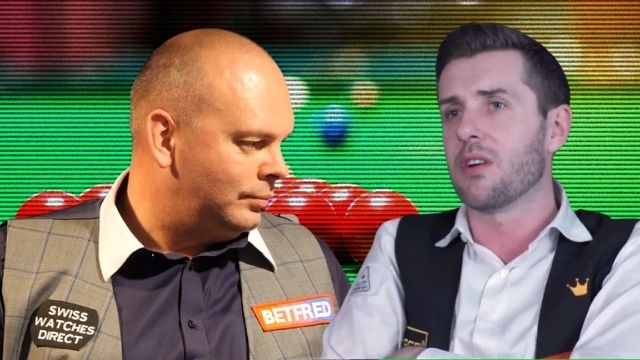