Graeme Dott has revealed how a phone call he received from Ronnie O'Sullivan during a difficult battle with depression completely made him look differently at the six-time world champion.

Dott was one of the top players in the sport during the 00s, winning the World Championships in 2006, having also reached the final two years perviously.

The Scot's form would then drop off a cliff, with the now 44-year old soon being diagnosed with depression.

It was a hugely difficult time in his life, with his career suffering as a result. He went on a massive winless run as his condition stopped him from practising.

Speaking on BBC Sport's This Sporting Life, Dott recalled how he would receive a surprise phone call from Ronnie O'Sullivan during this period who shared his own experiences with mental health.

My wife Elaine made me go to the doctors and he said he thought I had chronic depression. I was on medication for a while and I went through a spell when I didn't win a match.

I lost something like 17 matches in a row, it was a lot, it might even have been a full season when I didn't win a match.

I can't even remember being at the tournaments. I would go, take one shirt, because I knew I was going to get beat, because I hadn't really practised...

He was asking how I was feeling and what I was doing and was saying it was the same as what he was doing.

O'Sullivan has spoken in the past about how the pressure associated with his rise in snooker resulted in him turning to drugs and alcohol as a coping mechanism.

SEE ALSO: Was This Alex Higgins Clearance The Greatest Break Of All Time? 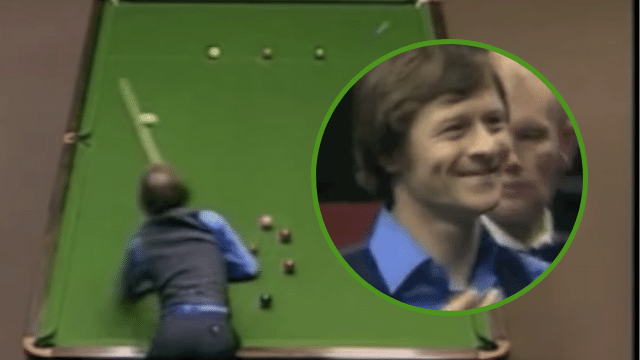 Snooker
2 weeks ago
By PJ Browne
John Higgins Hit A Real Low During The World Snooker Championship
Snooker
2 weeks ago
By Gary Connaughton
Knowles Names The Change Ronnie O'Sullivan Needs To Make To His Game
Snooker
1 month ago
By Michael McCarthy
Quiz: Can You Name 20 Snooker Players From Their Nickname?
Previous Next