John Higgins says he never felt as bad standing at a snooker table as he did during this year's World Championship.

The four-time world champion exited the tournament in the second round after a 13-7 loss to fellow veteran Mark Williams.

Higgins had also performed poorly in his opening round match against Tian Pengfei. 7-4 down at one stage to the Chinese player, he came back to win 10-7.

"I was disappointed. I think first and foremost, it was actually the worst that I’d ever felt on a snooker table," the 46-year-old told the World Snooker Tour website.

"I did say after my first round match against Tian, which I think I was lucky to win, that there were some shots where I was struggling to breathe.

"I faded away in that second round match against Mark after a good start. I don’t know if it was because of my eyesight at my age, or the fact I’ve been carrying a bit too much timber. That has never been an issue before, but I felt uncomfortable in Sheffield this year. I need to lose weight before the new season."

Since he exited the Crucible tournament, Higgins has been making an effort to improve his fitness. He's been attending spin classes three or four times a week.

"It’s on an industrial estate with music blaring, you come in and are going for it for 45 minutes," he said.

"At the end you are drenched in sweat and absolutely knackered.

"I’ve never been one for the gym, but I’ve always enjoyed the exercise bike. I’ve lost about a stone so far, but there is obviously more to go.

"I don’t know when my first tournament next season will be, I’ll see if I need to get my waistcoat tailored a bit. That is the target and I want it to make a difference. It won’t mean I’ll play better, but hopefully I will feel better. It was a wee bit worrying at the Crucible this year.

"The way I performed at the Players Championship still gives me great confidence going into next season. To know that I can still win tournaments and play at that level.

"I felt I was practising well with Stephen Maguire and Anthony McGill in our unit. However, with a week or so to go before the Crucible I just felt I’d left my best form behind.

"You can never plan to peak for a specific event. You just have to hope if comes at the right time. I could feel in my own head, that whether it was mentally or physically, I ran out of steam."

Quiz: Can You Name 20 Snooker Players From Their Nickname? 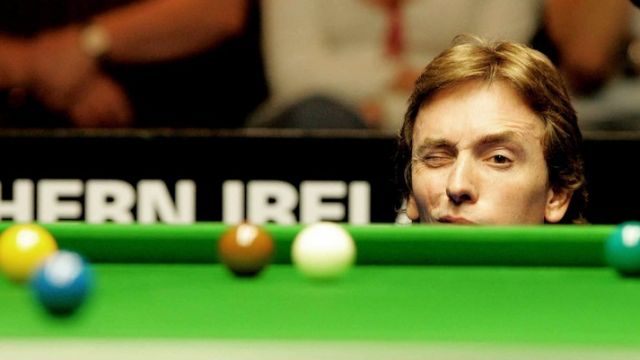