Judd Trump Fires Back At 'Salty' John Virgo After Criticism

Judd Trump feels that John Virgo may still be a little upset due to comments which he maybe ahead of the World Snooker Championship earlier this year.

The world number two said in April that the sport needs to experiment more, including with its commentators. Trump said it frustrated him to hear commentators constantly talking about what happened during the 1980s.

"Some of the shots he pulls off are sensational and the fizz he can put into the cue ball. But as I’ve said before, Jimmy White could do all that.

"You’ll be remembered on what you achieve. Unless you win a few World Championships and this, that and the other, you’re not going to get any recognition.

"He's won one World Championship, he's won a UK and won a Masters but he's got to start building on that because he was disappointing, for me, last season.

"I remember when he missed the pink against Robertson in the UK, shots like that can wear you out in the end. Great talent, he’s just got to prove to me that he’s a consistent winner."

In an interview with the World Snooker Tour YouTube channel ahead of the Northern Ireland Open, Trump responded to Virgo.

"It all comes back to some of the stuff I said before the World Championship," he said.

"A few of the people in and around the game, that are trying to promote it, are turning up and not dong their homework. It is tough, really.

"Personally, I don't see how that can be disappointing. It is his opinion, maybe he's a bit salty after what I said at the World Championship.

"We need more people involved in the game that show passion, interest and do their homework about the players - stats and that type of thing.

"Just people like Alan McManus. If everyone could show the passion he does, then the game would be in a better place.”

See Also: Cork Snooker Prodigy Has 'Fire In The Belly' For Second Season 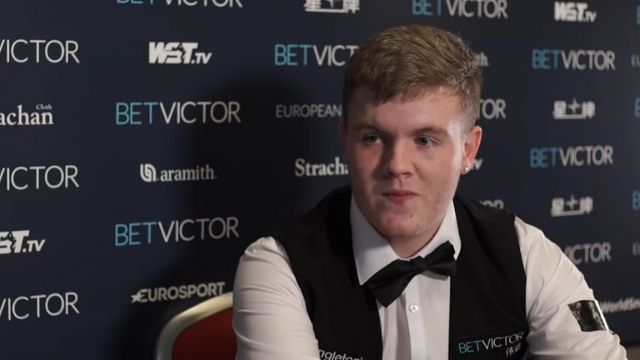