As Mark Selby walked out for the final session of May's World Snooker Championship final victory over Shaun Murphy, there were boos from the crowd.

Selby won the match 18-15 against Murphy, the Englishman who is based in Dublin. The four-time world champion says that heckling - possibly from drunk Irish people - helped inspire him to the win.

"It was amazing," Selby told the World Snooker Tour website.

"We’ve had 12 to 15 months playing in front of nobody. All of a sudden, throughout the tournament we were getting more in and to get to the final and play in front of a full house was incredible.

"With the atmosphere the way it was, Shaun had quite a lot of support in. I think there was a lot of Irish fans in there. At one stage before the night session I got booed, but if anything that inspired me even more. Whether they were drunk or just supporting Shaun I don’t know, but that inspired me.

"I see it as more of a challenge. It switches on your focus even more than normal. Every time I play Ronnie O’Sullivan it is the same sort of occasion. It will always be a full crowd and the majority will be on his side because of who he is and the way he plays. I always enjoy those occasions and I seem to play well. I think a lot of that is down to the occasion."

At one stage in the final, a comeback from Murphy looked to be on as he cut to the deficit from four frames to two. With Selby leading 17-15, Murphy missed a crucial red.

"The way Shaun came back made it tense," said Selby.

"If he’d scrapped to win those frames from 17-13 it wouldn’t have been the same, but he made two centuries to make it 17-15. He looked like he was going to get back to 17-16 and he would have definitely been favourite if he’d won that frame.

"I was fortunate that he took on a tough red. Every credit to him going for it in those circumstances, but I think I’d have played the percentages. Fortunately for me, it didn’t go in, and I held myself together to take the clearance out.

"I felt in my mind that with the way Shaun came back at me, if I didn’t clear up, that it would have been my only chance. The way Shaun was playing, he’d probably have capitalised. Also by me not clearing up he’d have gained confidence. Everything would have turned his way.

"I said to myself that this was my chance and that if I didn’t clear up that was it. I was trying extra hard. That moment at the end was more elation than anything else. I knew how hard that clearance was in the circumstances." 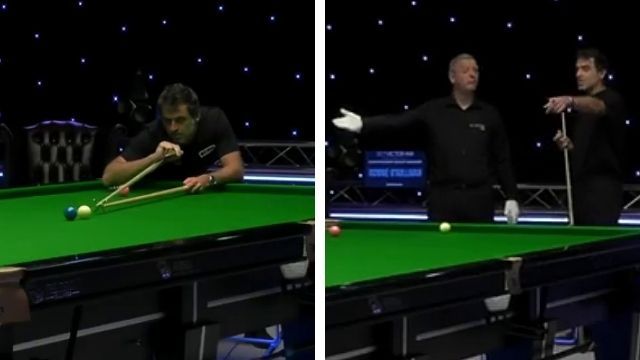