Selby Crashes Out Of UK Championship On Dramatic Respotted Black

Mark Selby was knocked out of the UK Championship on Sunday after a 6-2 defeat to Hossein Vafaei.

World number 63 Vafaei led 5-0 at one stage, but Selby fought back to win the sixth and seventh frames.

It looked as though world number one Selby had cut his Vafaei's lead even further late in the eighth. Leading 54-47, Selby potted the black.

However, the cue ball subsequently ended up in the middle pocket, levelling the frame at 54-54, and meaning that a respotted black would be required.

After a lengthy tactical exchange, in which Vafaei had attempted a couple of pots, the Iranian fluked the black into the middle while trying to play it safe.

"The last black, I just tried to hit in with the cushion and play it safe," Vafaei told Eurosport.

"Hossein was definitely the better player and deserved to win," said Selby.

"He started off great and is a great front-runner, and if you let him get away he can blow anyone away."

Vafaei will play Xiao Guodong in the last 32. 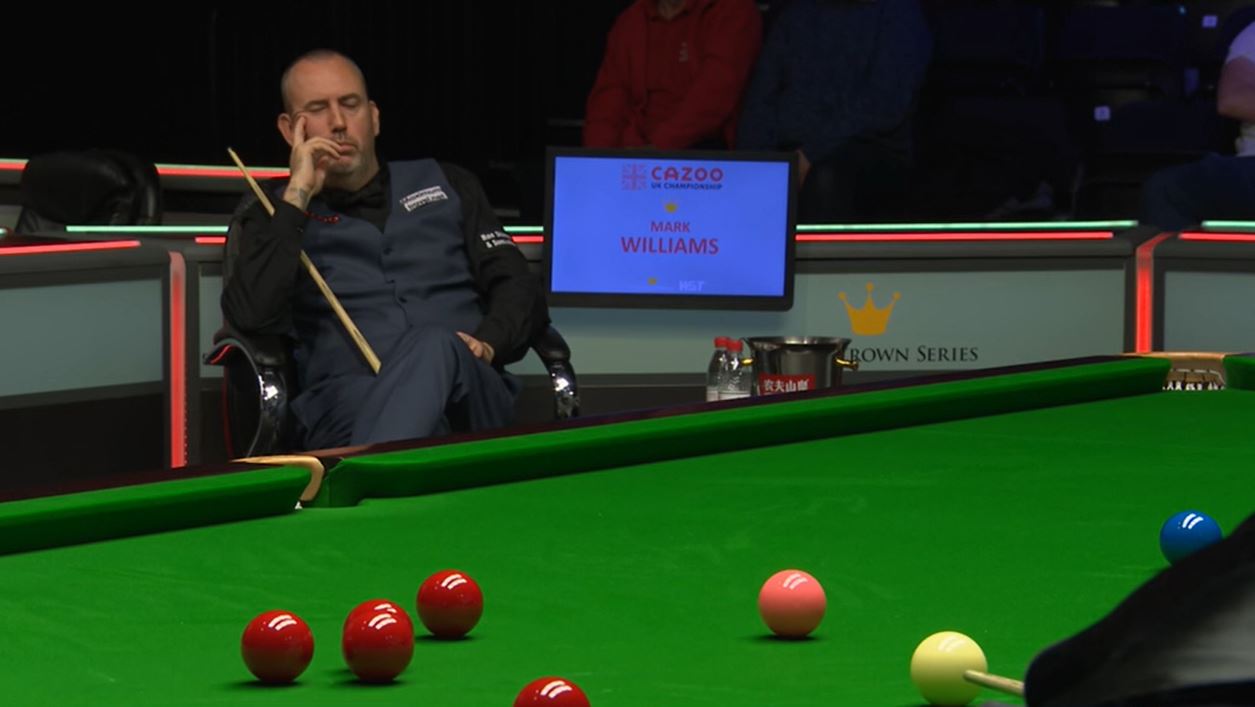