'Strange Situation' Of World Final Works Out For Mark Selby

Mark Selby won his fourth World Snooker Championship on Monday night, adding to his previous titles from 2014, 2016 and 2017.

The 37-year-old held off a Shaun Murphy fightback to win the final 18-15. A strange dynamic of the match was both players having the same coach in Chris Henry.

"I couldn't do the job he's done working with both players in the final.

"He was coming into my dressing room after I've won a mini-session 3-1, giving it the fist pump and, 'That's the way, mate. That was better - you're picking up the tempo'.

"I'm thinking, 'What's he saying to Shaun? He can't be going in and giving him negative comments'. He's probably going into Shaun saying, 'Come on mate, head up, dig in'.

"It was tough for him but he was always going to win whichever way it went. He said to me, 'Whoever wins, it doesn't matter to me. I just want it to be a good game and may the best man win'."

Henry said it was a "strange situation when you're in both changing rooms at the intervals".

Selby only began working with Henry 10 months ago during a period of career in which he was struggling to find form and wondering about his motivation to continue playing.

"I was doubting if I'd ever win anything again," said Selby.

"I was struggling, especially mentally.

"I had patches where I thought, 'Do I carry on playing?' I said to [my wife] Vicky, 'I'm just not enjoying it any more'. The biggest thing for me is the enjoyment. It doesn't matter if I'm number one or two in the world, if I'm not enjoying it, I'd rather put me cue away and not play again.

"Vicky said, 'Just go out there, try to enjoy it, and what will be, will be'. That's just not in my nature. Unless I'm playing to a top level, I can't be happy with myself.

"I said to Vicky, 'Something needs to change' and she said, 'Why don't you have a word with Chris? You see him at tournaments, you always speak to him, and you're always asking him for advice, and he's giving you advice'.

"It got to the point where he couldn't give me too much more because he's working with players like Shaun, and if he was giving me the same advice as he's giving them but I'm not onboard with him, then it's not fair on the players that he's got.

"I pulled him aside and said, 'I probably need a bit of help. What's the chances of me coming onboard?' He said, 'I'd love to have you'.

"We've been working [together] 10 months and here I am as world champion." 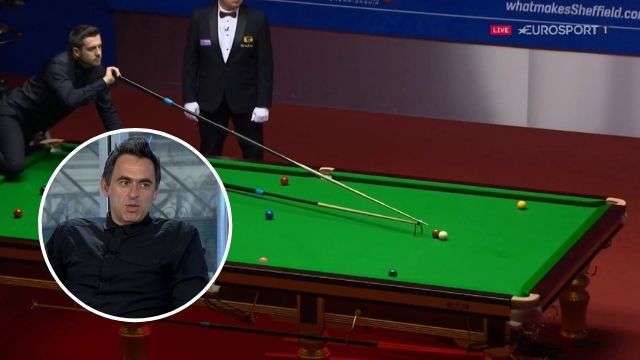