Mark Williams's controversial break-off shot has been one of the big talking points at this year's World Snooker Championship.

Rather than a traditional break-off, the 2018 world champion has regularly chosen to roll the cue ball into the rear of the pack off the cushion. Williams believes not leaving on a long red for an opponent increases his chances of victory.

Though, it has not always worked out for him. In the third frame of his quarter-final against Mark Selby, he failed to hit the pack.

Still, he continued to use it. In the 15th frame against Mark Selby - down 11-3 - the Welshman chose to play the break with a twist. Round than play the shot off one cushion, he used four. By that stage, there was a playful resignation to Williams's game.

"If a defensive break-off is plan B, this is probably plan X. At least he's hit the red. I guess when you're 11-3 down, you need to try something a bit leftfield."

Ever seen a break-off like this before? 😱@markwil147 delighted the Crucible crowd with his brilliant four-cushion break-off 👏 pic.twitter.com/x8mFED0coz

Selby went on to win the frame, and the next, to win the match 13-3. He will play the winner of Anthony McGill and Stuart Bingham's quarter-final in the last-four.

Throughout the match, Williams maintained a sense of humour and adventure. In the eighth frame, the second of the three he won, the 46-year-old attempted to clear the table using the rest. 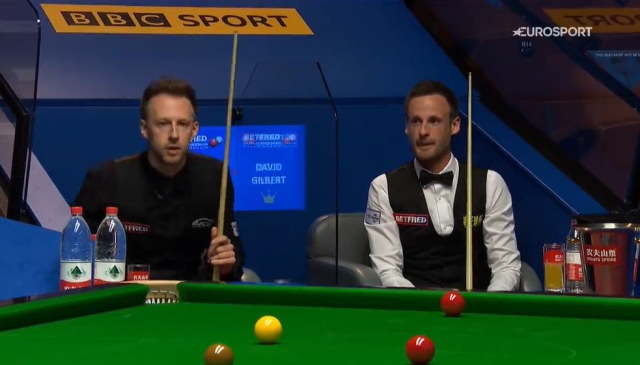 GAA
1 hour ago
By Balls Team
A Tribute To 10 Of The Toughest Men In History Of The GAA
Irish Life
19 hours ago
By Sean Meehan
A Balls.ie Guide To Sexual Consent In The Digital World
American Sports
19 hours ago
By Gary Connaughton
Sheamus Reveals He Once Had Backstage Fight With WWE Star Over Rent Money