Ronnie O'Sullivan defeated Mark King 6-3 in the third round at the UK Snooker Championship on Monday.

In the eighth frame, with O'Sullivan 4-3 ahead, the world number three's honesty gave King a chance to draw level. Leading 16-0 in the frame, O'Sullivan called a foul on himself.

"I think I touched the red with my cue, you can check with the camera," O'Sullivan, with the rest on the table and the cue ball surrounded by reds, told the referee.

Whether he had touched the red was not perceptible by the television replay. After O'Sullivan said he was happy for a foul to be called, the referee thanked him for his honesty.

Despite handing world number 36 King a chance to get back into the frame, O'Sullivan went on to win it 91-12.

Ronnie O'Sullivan calls foul on him at UK Snooker Championship

"When you apply yourself you don’t get flustered, you don’t lose your rag," he told Eurosport after the match.

"I have to work at all that, it doesn’t come naturally to me. In some ways it’s good because you’re learning how to control your emotions basically. It’s not easy, it doesn’t come easy to me anyway.

"I do find once I do it, you do become a much harder player to beat. Whether I'm playing well or not, I’m here trying to squeeze every bit of juice out of it that I can, whereas maybe last year or so I’ve just been trying to enjoy it a lot and if it’s there, great, if it wasn’t, I was just happy to take some time off.

"I don't know how long I've got left in my career. I might as well try to give it one last go, just see if I've still got it. If I haven't, no big deal."

O'Sullivan will face Noppon Saengkham in the last 16.

See Also: Mark Williams Embarrassed After Nodding Off During Match 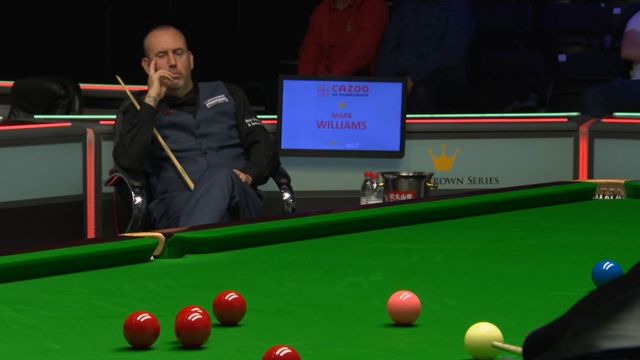