Ronnie O'Sullivan Was 'All Over The Gaffe' Before English Open Match

Ronnie O'Sullivan said he felt a bit nervous early in his last-64 game against Michael Georgiou at the English Open on Wednesday.

The world number three's usual pre-match routine had been disrupted as he arrived late to the Marshall Arena in Milton Keynes. O'Sullivan - who had been across the road with friends having a meal - went a frame down to Georgiou before coming back to win 4-1.

"I turned up with seven minutes to go," explained O'Sullivan.

"I was still in my jeans and trainers.

"I got my gear on. I was all over the gaffe. I should be meditating 20 minutes ago but I wasn’t.

"I knew I would be like a rabbit in the headlights. So, I tried to stay in the match for as long as I could settle.

"I was over in the kebab shop with my friends, having a good time, putting the world to rights and thought 'I better go now' as the previous match had finished.

"I’d rather be late for the match in fact and miss the first frame. I’d rather be 1-0 down in a good place than 0-0 and thinking I want to smash my cue into a 100 pieces and go home.

"Ah, I got to finish the kebab and had the baklava, too. It was a long lunch. You don’t want too much of the baklava due to the sugar factor, but I have earned it. I have been training hard."

O'Sullivan faces Anthony Hamilton in the last-32 of the tournament. 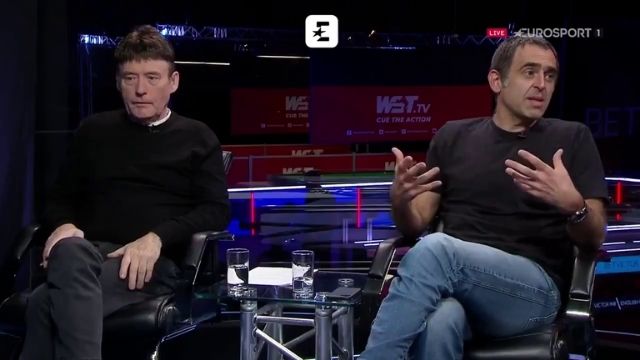