Ronnie O'Sullivan Was Concerned By Recent Interaction With 'Pissed Up' Fan

The World Snooker Championships  is one of the first sporting events of 2021 to allow spectators to attend, but that hasn't stopped the players involved worrying about potential covid issues.

The Crucible has allowed a limited number of fans back into the venue for the tournament this week, with the UK starting to ease their restrictions on public gatherings.

Bars and restaurants have also resumed outdoor service in the country, something that has led to an awkward encounter for Ronnie O'Sullivan.

The six-time world champion safely advanced to the second round after a win over Mark Joyce. However, he has been concerned with issues surrounding coronavirus as a positive test would end his quest to defend his title.

This has resulted in the 45-year old being very careful during interactions with members of the public, although he said restaurant staff were forced to intervene during one recent incident.

Ninety-nine per cent of the people are fine but it’s just the odd one who was a bit boozed up and having a mental one. It was so busy and this geezer was a nightmare.

He was pissed up and coming at me and I was like, ‘mate, please.‘ What can you do? I’ve got to stay indoors and stay away.

If I didn’t have to be clean for this tournament it wouldn’t matter, but if I reached the quarter-finals it would be a sickener to have to pull out. As a sportsman I can’t work if I get ill so that’s my only problem...

It was great to have the crowd in there, they miss their snooker and I probably would have given up mentally in that match if there was no crowd there.

I’d have thought, I’ll get out of here and go home and do a bit of punditry, but because the crowd are here you feel you’ve got to perform because they’ve paid their money and come out to watch.

When I think back to my great matches and you see the crowd’s faces and the pleasure that you give them when you play an unbelievable performance, that sticks in your mind that that’s what I’m here to do.

World Snooker Tour has confirmed they have advised players prior to the tournament to “be careful” when out in public areas.

It would be a real shame to see any players have to withdraw from the tournament because of this issue. 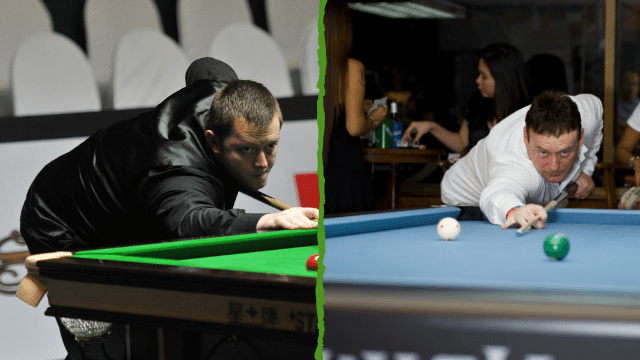