It's fair to say snooker wouldn't be the same without Ronnie O'Sullivan. The 44-year is hugely entertaining whenever he plays, producing the type of effortless play that most people could only dream of.

Even when he isn't at his best, he still finds a way to be enthralling with his personality away from the table.

The latest example came in the Champions of Champions event last night, with O'Sullivan taking on Mark Allen. The current world champion was not happy after he believed he saw Allen moving in his eyeline, putting him off as a result.

Not one to let these things pass, O'Sullivan called out his opponent in the middle of their match before an intervention from the referee.

Ronnie O'Sullivan isn't too pleased by Mark Allen supposedly moving within his eye line 🧐@germanref soon gets involved: "No need for an argument. Can we please just play snooker?" 😬#ChampOfChamps pic.twitter.com/mo9NKthe9t

The referee wasn't having O'Sullivan's antics, even going as far to tell Allen "I know you didn't do anything".

Allen would go on to win the match 6-3, and speaking afterwards the Northern Irishman accused O'Sullivan of trying to 'bully' his opponents:

Ronnie tries to bully people out there but I was having none of it...

It was uncomfortable for Ronnie. I don't know what he was on about," he added. "He said I was in his eyeline, moving in my seat. I'm not going to let it go if he's making up rubbish.

It fired me up. I am not bothered. I know I am in the right, I'm sure he'll come to me someday and say he was in the wrong.

On his behalf, O'Sullivan said that he felt Allen was in the wrong and wasn't going to pass over it. He also acknowledged that his opponent fully deserved the victory.

Maybe I read too much into it. But it seems like something you do down the snooker club when you're an amateur and trying to put them off.

I'm not going to let it go, so I pulled him up on it. No hard feelings, Mark played better and deserved his victory.

Sometimes you just have to say something. I'm 45, I've been round the block so many times, I know every move in the book. 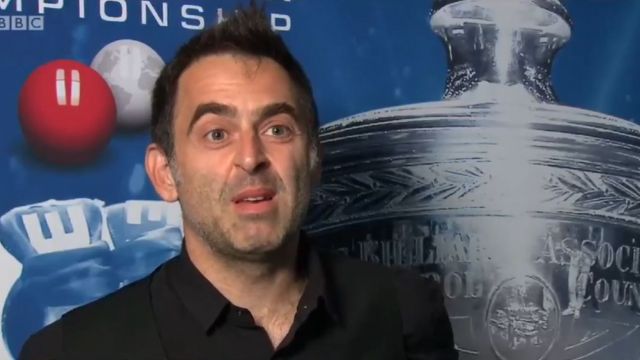