This afternoon's Masters final will see Neil Robertson take on Barry Hawkins at Alexandra Palace, coming off the back of two thrilling semis at the venue yesterday.

Both matches would come down to a final frame, with Robertson and Hawkins eventually overcoming Mark Williams and Judd Trump respectively.

Both matches were not short on drama, with some incredible shots also on show.

While it may not have been a pot or a snooker, few were better than Williams' stunning escape shot in the deciding frame of his meeting with Robertson.

With the only red remaining on the table hovering menacingly in front of the black on the corner pocket, it seemed all but impossible to make contact with the red without potting the black ball.

The Welshman somehow managed it, pulling off a miraculous escape shot. You can watch it below.

The commentators certainly enjoyed that one.

Speaking on in the Eurosport studio, Ronnie O'Sullivan couldn't quite understand how Williams had managed to pull it off.

You think there’s no way in a million years he’s not going to pot the black, but he plays an unbelievable shot.

Unfortunately for him, Robertson would manage to recover from that deficit to take the final frame and book his place in today's final after managing two snookers in the closing exchanges.

Having led 4-1 and 5-3 in the contest, Williams will probably feel as though he should have seen the match out. Despite this, he enjoyed the occasion.

I have no problems with that, I have lost in the semi-finals.

I played well most of the match. It is easy to say I threw it away at the end, but I don’t see it like that. It was a great match and a great occasion.

I loved every minute of it. The crowd is fantastic, the arena is fantastic but unfortunately I am not in the final tomorrow.

Here's hoping that the decider can provide just as much drama.

SEE ALSO: Ken Doherty Had A Nightmare On Live TV During Shot Demonstration 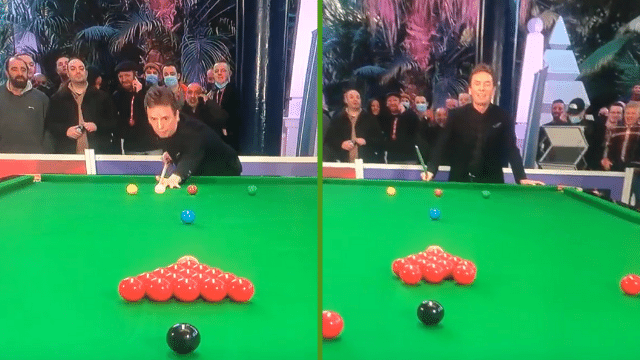