Ronnie O'Sullivan is the most talented player ever to pick up a cue.

While others can rival his trophy haul, there is nobody in the history of snooker that can captivate an audience in the same manner as 'The Rocket'.

Now 46-years old, O'Sullivan is coming towards the end of his career. He has been open about the fact that he no longer loves the sport in the way he once did, even if he is still capable of winning at the very top level.

He will take part in the Masters over the next week, hoping to win the event for an eighth time. He is the most successful player in the event's history, producing some magical moments down through the years. That includes in the final 25 years ago.

O'Sullivan was only 21-years old at the time, but he had already been making a huge impact on the tour. He had a couple of ranking event titles under his belt, having also won the Masters in 1995.

He faced Steve Davis in the final of the tournament in 1997. While Davis was no longer at his peak, he was still amongst the biggest names in the sport.

It was an incredible final, one O'Sullivan would ultimately end up losing on a 10-8 scoreline.

However, it was his break in the 11th frame of the match that would go on to live in the memory. He would produce a break of 121, even accounting a miss on the black at the end.

It was a stunning watch, with the pace of O'Sullivan's play hardly believable. Some of the shots weren't bad either, with pot on the black to move himself up the table on the yellow a particular highlight. The crowd couldn't contain their excitement at what was unfolding in front of them.

Quarter of a century on, his play is just as remarkable as it was back then.

Vintage Ronnie O'Sullivan from the Masters final twenty five years ago, with John Street being kept on his toes as he officiated his last match. Black to yellow is just sensational. pic.twitter.com/ov8UV1d9ea

Absolutely incredible. The referee could barely keep up with him.

While O'Sullivan would lose on this occasion, it was not long before he established himself as the premiere player in the game. The rest is history. 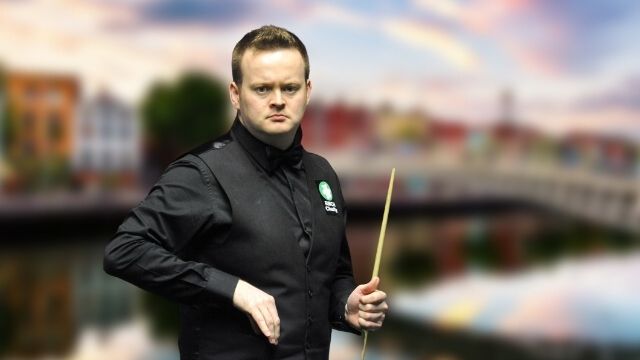