The World Championship has certainly lost a lot of its entertainment value after Ronnie O'Sullivan's exit last night.

Many viewers only tune into the sport to see 'The Rocket' in action, with the 45-year old adding a huge amount to any broadcast.

He was hoping to add a seventh world title to his tally this year, but that quest was ended by Anthony McGill in the second round last night.

Despite the loss, O'Sullivan played some remarkable snooker at times. The pick of his shots was certainly this one in the 17th frame.

McGill accidentally left the cue ball hanging over the pocket after a missed shot, with O'Sullivan pulling off a ridiculous shot to guide a red into the middle pocket. The Eurosport commentators described it as 'one of the best shots you'll ever witness'.

"One of the best shots you will ever witness!"

McGill leaves the cue ball teetering over the pocket...

However, this moment of magic was not enough to stop him from falling to a 13-12 defeat.

Speaking after the match, O'Sullivan revealed that he has not been enjoying the sport recently.

I chipped away and thought my mindset was great. That has been letting me down the last couple of years.

But tonight even though I wasn’t firing on all cylinders, I was able mentally to handle it and be able to concentrate and try and compete.

Anyone that is watching knows that if you play golf and play 17 rubbish holes and then play some good shots up the last, you’re like ‘I love the game again’. That is what snooker is like and that is what has kept me going.

The Englishman has been vocal about his struggles with motivation in recent years, but those who love snooker will certainly be hoping he sticks around for a number of years yet. 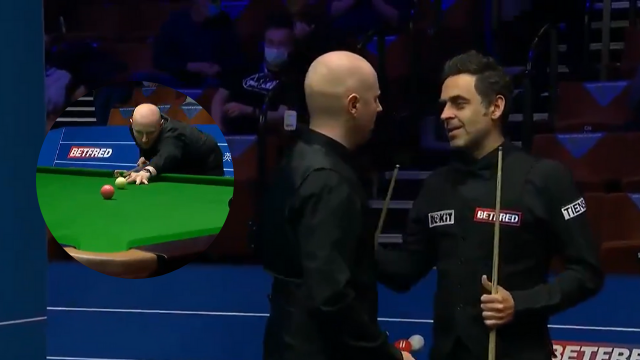