Shaun Murphy Seriously Pissed Off After Losing To Amateur

Shaun Murphy felt "extremely hard done by" after being beaten by amateur player Si Jiahui in the opening round of the UK Snooker Championship.

The world number six believes it to be wrong that professional players have to face amateurs in tournaments.

"I am going to sound like a grumpy old man but that young man shouldn't be in the tournament," Murphy told BBC 5 Live.

Murphy lost 6-5 to Si on Tuesday. The Chinese teenager roared into a 3-0 lead but Murphy fought back to level the match at 5-5 only for Si to win the final frame.

Si Jiahui was three pots away from a shock 6-1 win over Shaun Murphy, but the Magician has clawed his way back to 5-5!

Find out who will make it through to round two, live on @Eurosport_UK ?#CazooUKChampionship pic.twitter.com/zKWqnsdEAL

"I feel extremely hard done by that I have lost to someone who shouldn't even be in the building," said Murphy.

"I don't know why we as a sport allow amateurs to compete in professional tournaments. This is our livelihood. This is our living. We are self-employed individuals and not contracted sportsmen. We don't play for a team.

"The other 127 runners and riders in the tournament, it is their livelihood too. It is wrong, in my opinion, to walk into somebody who is not playing with the same pressures and concerns I am.

"I am not picking on him as a young man, he deserved his victory. Amateurs should not be allowed in professional tournaments, the end.

In a statement responding to Murphy, the World Snooker Tour said: "Many elite amateur players like Si Jiahui train and compete full time in the hope of earning a guaranteed tour place, therefore they are competing under significant pressure with no guarantees.

"Providing opportunities for the best amateur players is important for our growth as a sport and that is something that Shaun benefitted from during his early days as a player."

See Also: Ronnie O'Sullivan Was 'All Over The Gaffe' Before English Open Match 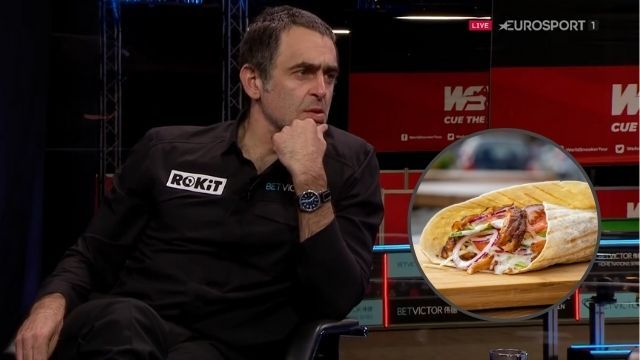