The controversy around Novak Djokovic's entry into Australia for the upcoming Australian Open in Melbourne has been a long-protracted saga, and British Grand Slam winner Andy Murray doesn't think the controversy is over just yet.

Murray spoke to the media today in Australia, and said that he is still curious to hear from Djokovic on issues surrounding his isolation on arrival.

"Questions to be answered" - Murray unsure on Djokovic's arrival in Melbourne

Andy Murray makes his return to Melbourne this year after three years out, and stands as an outside bet to end Novak Djokovic's dominance of the only Grand Slam event held down under.

Serbian Djokovic was embroiled in controversy upon arrival in Melbourne, with his VISA initially withdrawn due to questions over his vaccination status. Djokovic was forced to spend several nights in an immigration hotel, before his representatives ultimately won an appeal against the decision in court.

Despite his release from detention, Djokovic is still under scrutiny from local authorities, who are attempting to determine if the Serb lied on his application form about a previous COVID infection, with conflicting information emerging about Djokovic's movements during his supposed illness.

Scotsman Andy Murray was asked about the situation today and said he was unsure what to think of Djokovic's plight:

It's positive that he's not in detention any more. He won in court, which is good.

Hopefully he'll be able to focus on the tennis now. I think there are still questions to be answered around the isolation and stuff, which I'm sure we'll hear from him in the next few days.

Until that happens, it is tough to give a definitive opinion on anything.

The pair have met in the final of the Australian Open on four occasions, with Djokovic getting the better of Murray on each occasion - most recently in 2016.

Please record the awkward moment when you tell them you’ve spent most of your career campaigning to have people from Eastern Europe deported.😉 https://t.co/rfFn1hdXlu

This will be Murray's first appearance at an Australian Open since 2019, and he only qualifies as a wildcard, after plenty of time on the sidelines with injury in recent years.

The absence of Roger Federer through injury is one obstacle removed for Murray, as he seeks to win a first Australian Open and a first Grand Slam title since winning the singles title at Wimbledon in 2016.

Whether Novak Djokovic will indeed be allowed to take on Andy Murray, Rafael Nadal and co. remains to be seen, but the sporting world will know the answer by the time the Australian Open gets underway next Monday. 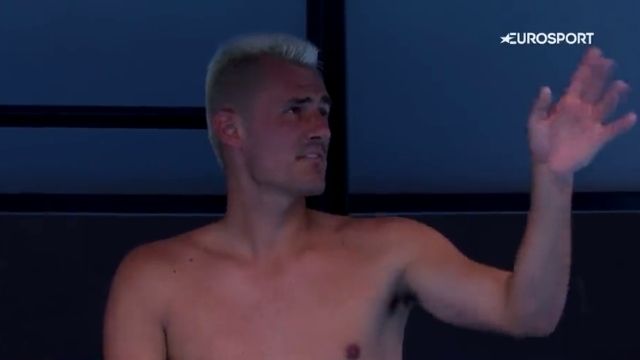