The Chinese Foreign Ministry has responded to claims of playing a hand in the disappearance of tennis star Peng Shuai.

Peng, who was absent without contact for almost three weeks, has recently reappeared as the IOC attempted to make contact with her.

Representatives for China's state have said that it was "not a diplomatic matter" in comments made to the media on Tuesday.

"I believe you have all seen that she recently attended some public events and had a video call," Foreign Affairs spokesperson Zhao Lijian said.

"I think some people should stop deliberately and maliciously hyping up, let alone politicise this issue," he said.

Confimation from the IOC on today's video call with Peng Shuai https://t.co/dbUJBm8ZFa pic.twitter.com/C3nG7LTkNy

Peng has won two singles titles on the WTA having started playing competitively at the age of fifteen. She's currently ranked 307th on the tour.

Most of her success has come in doubles competition. She's won 23 tournaments and in 2014 became World No.1 after winning Wimbledon and the French Open.

Peng claimed she was sexually assaulted by the political figure and that he 'forced' her to have sexual relations with him.

Speaking out against the Chinese State is not something seen regularly, given the country's repressive history of curtailing freedom of speech and demonstration.

A complete English translation of Peng Shuai’s deleted post. We owe it to her to read her full story in her own words #WhereIsPengShuai pic.twitter.com/yGNkd07j6a

Now that the tennis star has surfaced, it still hasn't convinced many that she's in good stead. The International Olympic Committee were one of many that publicly spoke about their concern for Peng.

The likes of Serena Williams and Naomi Osaka made calls to the government to ensure her safety in the weeks she went missing.

I am devastated and shocked to hear about the news of my peer, Peng Shuai. I hope she is safe and found as soon as possible. This must be investigated and we must not stay silent. Sending love to her and her family during this incredibly difficult time. #whereispengshuai pic.twitter.com/GZG3zLTSC6

Peng did eventually make contact with the IOC as seen in photos released by Chinese state media, but it hasn't helped with suspicion.

Many believe Peng's wellbeing is still undetermined and that she could still be under threat for the comments made earlier this month.

The WTA even came out in concern for Peng, saying the pictures, "don't alleviate or address ... concern about her wellbeing."

IOC president Thomas Bach has had ties with China in the past for previous sporting bids. His meeting with Peng Shuai hasn't had the desired effect of dampening the outcry. 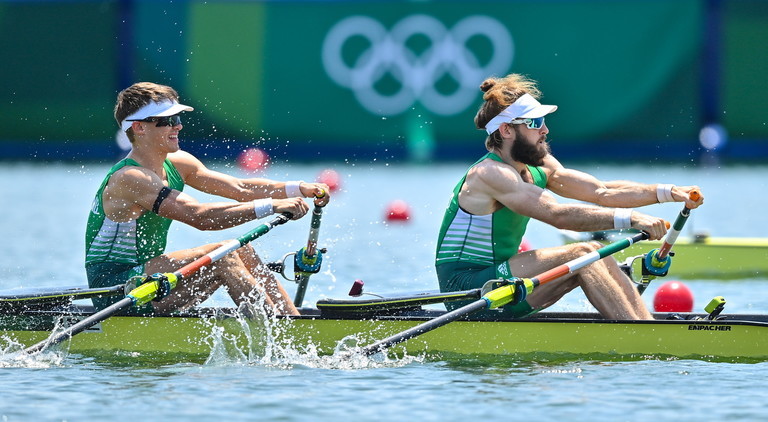