"She'll Be Able To Change The World With Her Racket"

by Pirate Irwin at Wimbledon

Cori Gauff, or 'Coco' as she prefers to be known, has seen her life transformed in just a few days from successful junior player to the new darling of Wimbledon.

What a day 🤩😴@Wimbledon pic.twitter.com/8O3vjMT9oi

Photographs of the 15-year-old American -- the youngest player ever to qualify for the singles at the tournament -- dominated front and back pages of newspapers around the world after her dismantling of five-time Wimbledon champion Venus Williams.

Made for the big stage ✨@CocoGauff becomes the youngest player since 1991 to win in the first round of the ladies' singles, beating Venus Williams 6-4, 6-4#Wimbledon pic.twitter.com/hfgcQGdZtq

Gauff displayed her mental maturity too in her post-match press conference, declaring life is too short to hold back on goals.

She wants to win the Wimbledon title this year and be the world's best.

But she's also happy to chat about being "goofy", leaving veteran reporters mystified by her musical reference points.

Gauff's father, who coaches her, taught his daughter to have the self-belief at the age of eight that she could be something special.

Serena Williams -- who along with Venus was the inspiration for her to take up a racquet -- sees something similar in Gauff's father coaching her just as as their father Richard coached them from the age of four.

Many a question has been posed down the years about overly-ambitious and sometimes unruly parents ruining their children's careers.

However, it is unlikely to happen in Gauff's case.

Her father -- a useful basketball player in his university days -- insists that she does not forget there is a world outside and that there are serious social issues to be confronted.

"I've always challenged her, from the beginning of this when we started, telling her that she'll be able to change the world with her racket," Gauff told The New York Times,

"So I'm not going to encourage her when she gets there, to stick her head in the ground and ignore social issues."

Gauff recently posted an image on her Instagram account celebrating Juneteenth which commemorates the abolition of slavery.

With this grounding and a reported million dollars coming her way this year through sponsorship, the Florida-based Gauff looks set fair.

A sight we could be seeing a lot more of down the years...#Wimbledon | @CocoGauff pic.twitter.com/ogJGDenKKB

However, she will not have to look far from her Florida home to appreciate that even with parental guidance fame at such an early age comes with temptations, and serious pitfalls.

Jennifer Capriati, guided by her father and former stuntman Stefano, was already an established star by 15 -- reaching the French Open semi-finals aged 14 and the following year made the last four at both Wimbledon and US Open.

However, a year after being crowned Olympic champion in Barcelona she took a break and went on the slide.

She was arrested for shop-lifting, which she put down to forgetfulness, and then for possession of marijuana.

"There were a lot of adults who couldn't handle that pressure, that's just tough for a young person, especially someone going through adolescence and she fell off the rails," Pam Shriver, who was a teen sensation herself told ESPN. 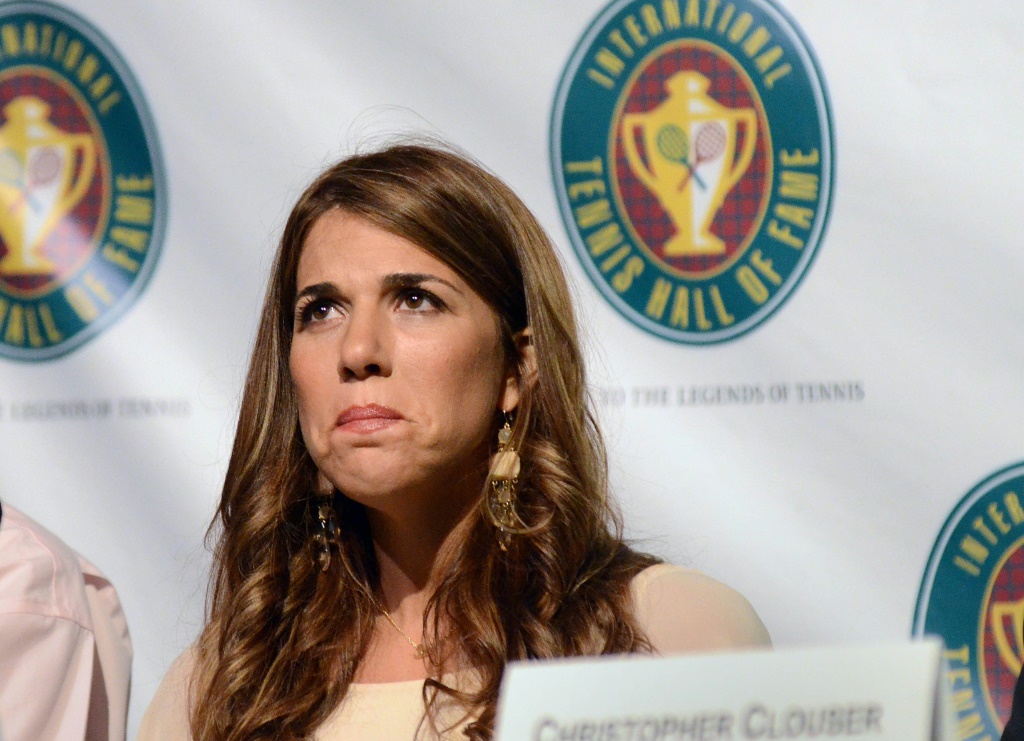 Capriati did storm back and win three Grand Slam titles but once a shoulder problem forced her to retire the old demons returned and haunted by depression she confessed in 2007: "I can't even stand my own skin."

Other teenage talents have been extinguished early.

Andrea Jaeger was ranked number two, aged 15 but by 19 was out of the sport and eventually became a nun.

For the parents of Gauff, however, the only tears at present are reserved for special moments like beating Williams and the tennis world will hope it stays that way.

Tennis
2 years ago
By AFP
'I Can Beat Anyone' - 15-Year-Old Coco Gauff Taking Wimbledon By Storm
Popular on Balls
Football
1 day ago
By Eoin Harrington
'Ronaldo Is A Cod' - Remembering Eamon Dunphy's Infamous 2008 Rant
GAA
20 hours ago
By PJ Browne
The Draw Has Been Made For Tailteann Cup Opening Rounds
GAA
1 day ago
By PJ Browne
Donal Óg Cusack Defends Dublin Hurlers After John Mullane Criticism
The Rewind
2 days ago
By Eoin Harrington
Watch: Brilliant Dermot Morgan Dublin Segment From 'The Travel Show' Resurfaces