Novak Djokovic has won the Australian Open for the last three years in a row, but it's unknown if he'll play in January's instalment.

The 34-year-old hasn't informed organisers that he'll be defending his Grand Slam title amid uncertainty about his vaccination status.

The Australian Open have strict rules in place this year for those playing and working at the event. All involved parties have to be vaccinated or have a medical exemption.

The tournament starts on the 17th of January but players are already travelling into the country ahead of Christmas for a busy warm-up schedule.

The ATP Cup runs from January 1st to 9th in Sydney, with the Adelaide International taking place the same week, acting as an ATP and WTA event.

Djokovic has been named as a competitor for the ATP Cup and will represent Serbia. It doesn't appear that the protocols in Sydney closely follow the Australian Open.

What has added to the uncertainty are comments made by Australian Open director Craig Tiley. "If Novak (Djokovic) shows up, he'll be vaccinated or have a medical exemption," he said.

"We want to have the best players here, I'd love to have Novak here. If he meets those conditions then great, if not, it's disappointing."

"Medically, he doesn't talk to anyone about it. I'm not going to ask Novak that, it's none of my business," he added. Tiley said some players will be allowed medical exemptions.

Those seeking the exemptions will be reviewed by an independent panel of doctors, including immunologists and infectious disease experts.

Djokovic is down on the tournament's entry list but it appears that he'll be held to the tournament protocols that all players and staff will have to adhere to.

It comes in a week that Rafael Nadal has tested positive for Covid-19. Tiley says he hopes to see the Spaniard compete in Melbourne in a few weeks.

Nadal, Djokovic and Roger Federer are all tied for twenty Grand Slam wins heading into the first major of the 2022 tennis calendar.

See Also: Touch Of Class In Interview From Limerick Man After Whitewash Win 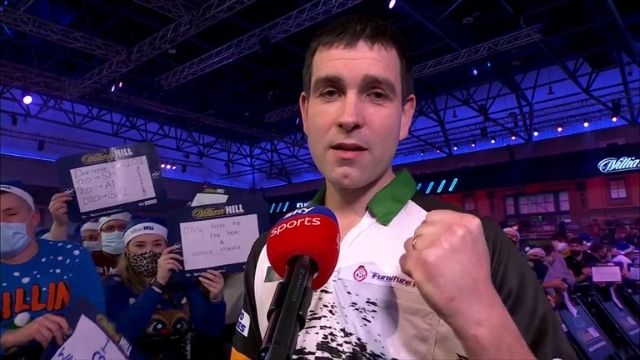 Tennis
3 months ago
By Jonathan Byrne
Djokovic 'Jeopradising' Greatest Ever Status Over Vaccine Say Tennis Greats
Tennis
3 months ago
By Eoin Harrington
Watch: Nick Kyrgios Demands Shouting Fan Be Ejected From Australian Open Final
Tennis
3 months ago
By Eoin Harrington
Daniil Medvedev's Comment On Novak Djokovic Got A Very Mixed Response From Australian Crowd
Popular on Balls
Rugby
1 day ago
By Colman Stanley
'I Think Munster Softened Them Up For Us': Sexton Not Carried Away After Clincial Leinster Win
GAA
2 days ago
By PJ Browne
Mayo's Padraig O'Hora Using Football To Promote His Real Passion
Rugby
14 hours ago
By Colman Stanley
'That Pace, That Intensity, That Organisation' All Black Legend Has High Praise For Leinster
The Rewind
1 day ago
By Eoin Harrington
Watch: Brilliant Dermot Morgan Dublin Segment From 'The Travel Show' Resurfaces