The French Open had been in plenty of headlines before the tournament began thanks to Naomi Osaka's decision to pull out of the event for mental health reasons, with the action on the court getting underway in recent days.

There hasn't been a whole lot to write home about in terms of exciting action on the court up to this point, although there was a bizarre incident during a second round match earlier today.

27th seed Fabio Fognini was taking on Argentine Federico Delbonis in the third round of the tournament, losing his temper after being frustrated early in the contest.

Having lost the first set 6-4 and trailing 1-0 in the second, he took his frustrations out on his racket after another wayward shot. The 34-year old forcefully struck the strings of the racket with his knuckles four times.

He soon required medical attention after seemingly injuring his hand in the incident.

A sore one in fairness. Considering his hand was already taped up, we imagine he struggled from this point on.

Things would go from bad to worse for the Italian, who would eventually lose convincingly in straight sets.

We're sure this won't be the last time we see such an incident during this tournament. 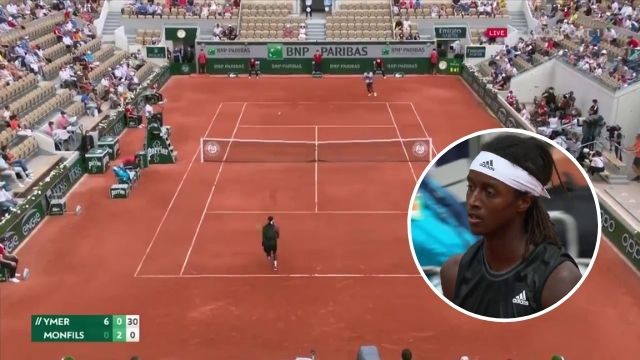