If there is one athlete who has seen his public opinion drop dramatically during the coronavirus pandemic, it's Novak Djokovic.

The best tennis player in the world, the Serbian has done absolutely nothing to endear himself to the general public over the last ten months or so.

Much of that is down to his beliefs around the virus. Djokovic sceptical about coronavirus right from the start of the pandemic, with his wife confirming on Instagram that she was a believer of the ridiculous conspiracy theory that the virus was somehow related to 5G towers.

The player himself was public in his opposition to any coronavirus vaccine, not a surprise when he has been an anti-vaxxer for some time now. It was well known that he was not taking the situation seriously, even holding a tennis tournament in his native Serbia at a time when the country was being ravaged by the virus.

There was no social distancing in place at the exhibition event, with a number of players involved (including Djokovic) going on to test positive for covid-19. It also didn't help that he was videoed partying topless in a nightclub only a couple of days before his diagnosis.

This is hardly what tennis needs from its biggest star.

With only three of the grand slam tournaments taking place last year, and even then many top stars opting not to take part in the US Open, the sport is set to return to Australia for one of its flagship events this month.

Considering that Australia has been one of the world leaders in limiting the impact of coronavirus, it should come as no surprise that they have enacted some tough measures for those competing in the Australian Open.

To go along with testing for every arrival, all players and staff will have to quarantine inside their hotel rooms for 14 days. They will be allowed to leave for five hours per day to practice, with all arrangements made by event organisers.

However, in the event that an individual on one of the 12 chartered flights used to transport the players tests positive for the virus (with six positive tests to date), everyone on that plane will undergo a 'hard' quarantine where the training window will be removed.

That has resulted in some creative ways for players to keep sharp.

Unsurprisingly, Djokovic is not happy with the measures that have been put in place.

He has issued a list of demands to tournament organisers to ease the restrictions on players. The six demands include:

Victoria is standing firm on hotel quarantine for tennis stars, after world No.1 Novak Djokovic issued a list of demands, calling for less time in isolation, and private housing. @NickMcCallum7 #7NEWS pic.twitter.com/lGbKhMBoYV

However,  Victorian Premier Dan Andrews (the state the tournament is taking place in) has rejected Djokovic's demands:

People are free to provide a list of demands. But the answer is no.

That was very clearly laid out beforehand. So the notion that there’s been any change, the notion that people weren’t briefed — I think that that argument really has no integrity whatsoever.

I know that there’s been a bit of chatter from a number of players about the rules. Well, the rules apply to them as they apply to everybody else, and they were all briefed on that before they came.

That was the condition on which they came. There’s no special treatment here.

I’m here not so much to be opining about how in touch with the real world these people are. That’s not my job. My job is to make it very clear. People were told what the rules were (before they got here).

The arrangements for the tennis are based on public health advice.

We imagine Djokovic will be delighted with that response.

The 2021 Australian Open is set to get underway on February 10th.

SEE ALSO: No Surgery For Bríd Stack As She's Released From Hospital In Australia 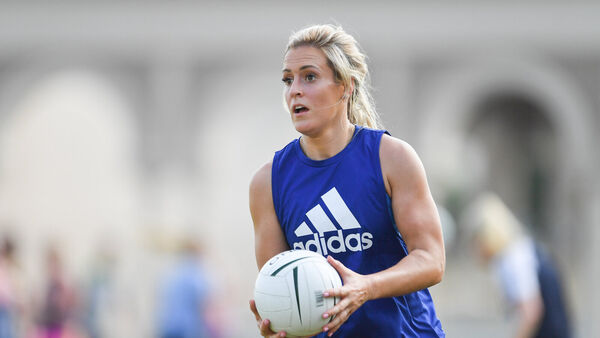