The Novak Djokovic Australian Open/Covid issue reached a dramatic impasse this evening as Australia denied the Serb entry to the country and rescinded his visa.

The tennis superstar and world no. 1 landed in Australia today at 11 pm Australia time, and was questioned over his work visa and medical exemption.

The law Down Under does not permit entry to the country for the unvaccinated without a medical exemption which also requires the support of the Victoria government.

It was confirmed this evening that Djokovic would not be allowed to enter Australia and his visa had been withdrawn.

According to reports, Djokovic is set to fly back tomorrow though his lawyers are planning an appeal.

"The Australian Border Force will continue to ensure that those who arrive at our border comply with our laws and entry requirements.

"The ABF can confirm that Mr Djokovic failed to provide appropriate evidence to meet the entry requirements to Australia, and his visa has been subsequently cancelled.

"Non-citizens who do not hold a valid visa on entry or who have had their visa cancelled will be detained and removed from Australia."

Djokovic was granted a medical exemption following weeks of speculation over whether he would be involved in the first Grand Slam of the year.

The medical exemption was given under the grounds that Djokovic had contracted Covid within the past six months.

Djokovic's father Srdjan had some wild comments this evening about the matter, calling his son the 'Spartacus of the New World'.

Novak’s dad Srdjan to Serbian outlets: “Tonight they can throw him in a dungeon, tomorrow they can put him in chains. The truth is he is like water and water paves its own path. Novak is the Spartacus of the new world which won’t tolerate injustice, colonialism and hypocrisy.”🤣 https://t.co/Q1K6mhhiJP

Australia’s Acting Sports and Major Events Minister Jaala Pulford tweeted earlier today that they would not be giving Djokovic special support for his visa application.

The Federal Government has asked if we will support Novak Djokovic’s visa application to enter Australia.

We will not be providing Novak Djokovic with individual visa application support to participate in the 2022 Australian Open Grand Slam.

There was uproar in Australia after Djokovic confirmed he was heading Down Under despite his vaccine status.

Happy New Year! Wishing you all health, love & joy in every moment & may you feel love & respect towards all beings on this wonderful planet.

I’ve spent fantastic quality time with loved ones over break & today I’m heading Down Under with an exemption permission. Let’s go 2022! pic.twitter.com/e688iSO2d4

Such is the seriousness and magnitude of the situation, given the high-profile of Djokovic and the tournament, the Australian Prime Minister Scott Morrison has also spoken on it.

“My view is that any individual seeking to enter Australia must comply with our border requirements,

“Now when Novak Djokovic arrives in Australia — I’m not quite sure when he’s going to turn up but I don’t think it’s too far away.

“He has to because if he’s not vaccinated, he must provide acceptable proof that he cannot be vaccinated for medical reasons and be able to access the same travel arrangements as fully vaccinated travellers.

“So we await his presentation and what evidence he provides to support that.

“If that evidence is insufficient, then he won’t be treated any different to anyone else and he’ll be on the next plane home. So there should be no special rules for Novak Djokovic at all. None whatsoever.

“And so if medical exemptions have been provided by medical professionals and that’s been furnished to him as a proviso for him to get on that plane, well, that will have to stack up when he arrives in Australia.

Djokovic’s anti-vaxxer stance has been hugely unpopular amongst tennis fans, as has the decision to offer him a medical exemption.

Despite the ongoing dispute, the nine-time Australian Open Champion seems adamant he will be able to defend his crown without getting vaccinated.

Twitter has done its thing, and provided many humorous takes on the situation that is sure to see more twists and turns in the coming days.

Novak Djokovic supporters take to the streets of Melbourne. pic.twitter.com/7lAXrLaVsI

The important thing to remember about Novak Djokovic being denied entry to Australia after spending a day in the airport thinking he was more important than everyone else is that it is incredibly funny.

🚨BREAKING NEWS 🚨
*Exclusive* 7news has tracked down the border security agent who found out Novak Djokovic is trying to enter Australia with wrong type of visa. pic.twitter.com/3V7yjapz0i

See Also: Call For 2022 Six Nations To Be Staged Entirely In England 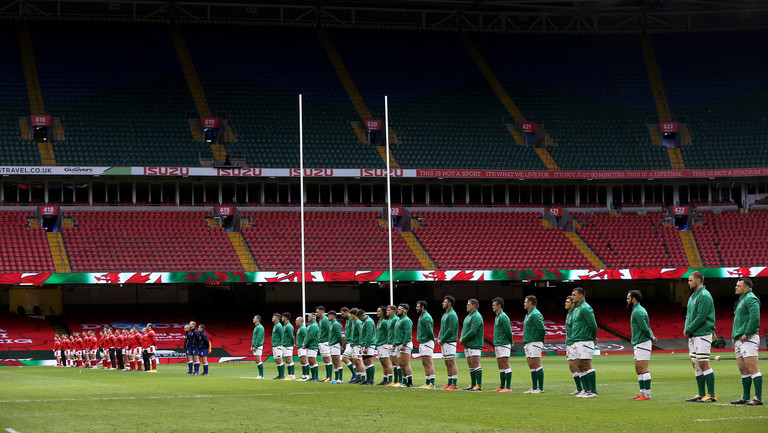