Novak Djokovic endured a meltdown today at the Olympics as he was unable to secure a medal at this year’s games.

The Serbian was in action against Spaniard Pablo Carreno Busta, and would lose against his Spanish opponent by two sets to one.

It brought an end to his hopes of clinching the elusive ‘Golden Slam’ which involves winning all four tennis majors and the Olympic individual men’s crown during one year.

After saving a match point during the second set, the Serb brought the tie to a final set where he would end up losing 6-3, hence losing the game by two sets to one.

And it was during that third set where Djokovic lost the run of himself, slamming his racket against the net.

Sadly, there'll be no medal for Novak Djokovic at these Olympicspic.twitter.com/Up9fIWPuSv

He would also fire his racket into the empty stand as his dream of picking up a medal for his native Serbia ended in major frustration.

During the game itself, Djokovic was seen off in the first-set after being seeing his serve broken by Carreno Busta.

And he reacted well to that setback, surging ahead in the second-set, taking a 1-4 lead.

But he would be pegged back, and fell 6-5 behind before he bringing the set to a tiebreak that he won.

Djokovic was unable, however, to complete the turnaround in the end as he fell to a defeat in the third set, costing him an opportunity to claim a bronze medal.

And that defeat brought an end to his chance of a medal the Olympic games after he withdrew from the mixed doubles with Nina Stojanovic.

He and his Serbian counterpart Stojanovic were due to take on Australia’s Ash Barty and John Peers in that bronze medal clash. But they have opted to concede that contest.

"I know many expected a medal from me, and so did I," he said.

"I am also sorry for Nina, but my body completely failed.

"I played under medication and pain and abnormal exhaustion."

This was not the first time Djokovic has lost his cool against Carreno Busta.

He did similar at the US Open last year, hitting a line judge to earn himself a default in the process.

Djokovic has issued an apology and says he is relieved to know that the judge is doing fine. #Djokovic has now been disqualified from #USOpen after hitting a line judge (accidentally) out of frustration. #novakdjokovic #djokovicdisqualified #USOpen2020 @DjokerNole @usopen pic.twitter.com/eAfzguVrCS 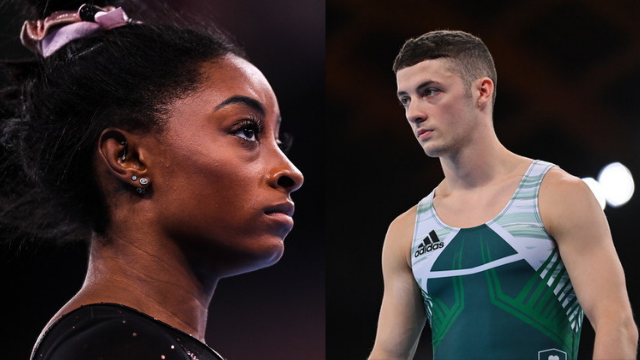