Serena Williams Bows Out Of Australian Open In Tears

Serena Williams went through the motions after suffering a defeat in the semi-finals of the Australian Open. World Number three ranked Naomi Osaka handed her a 6-3, 6-4 loss at the Rod Laver Arena.

It was emotional for Serena, as she had set out to equal Margaret Court's twenty-four Grand Slam singles titles coming into the competition. It now marks 18 months since she has reached the final of any tournament.

The 39-year-old bid an emotional goodbye to the fans in attendance, waving to the audience with her hand on her heart. Osaka will go on to face American Jennifer Brady in the final on Saturday morning Irish time.

Congratulations on a great fortnight, @serenawilliams.

We can't wait to see you back here next year 💕#AusOpen | #AO2021 pic.twitter.com/ccugVe6lcj

There was a sombre mood in the post-match press conference.

Williams went on to add she felt she was "hitting well this whole tournament." Answering a question about the effects of the pandemic on the players, she responded, "I haven't really thought about that so much."

There will be natural speculation towards her future after this tournament, and especially with how the press conference ended. A reporter asked about the great reception she received leaving the court.

"The Aussie crowd is so amazing. It was nice to see."

Serena was then asked if the goodbye gestures to the fans in the Rod Laver Arena was her way of saying farewell.

"I don't know, if I ever say farewell, I wouldn't tell anyone."

Williams sought her 24th Grand Slam title in Melbourne Park, but ultimately bowed out of the tournament after hitting her 24th unforced error in the semi-final against Osaka.

After her semifinal loss to Naomi Osaka, Serena Williams leaves the pressroom in tears.#AusOpen pic.twitter.com/g95Fva006O 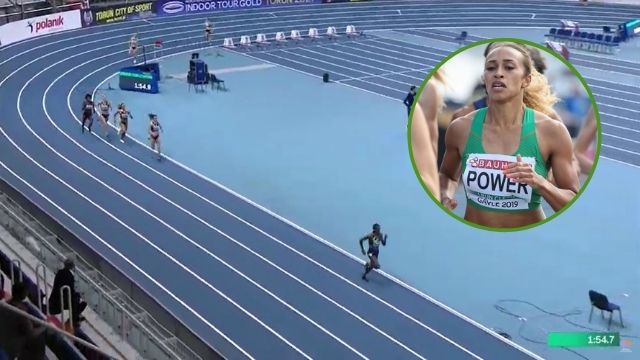 Tennis
1 day ago
By Jonathan Byrne
Over €9000 Raised For 'Where Is Peng Shuai?' T Shirts At Australian Open
Tennis
1 week ago
By Eoin Harrington
Andy Murray Thinks Djokovic Australian Open Controversy Isn't Over Just Yet
Tennis
2 weeks ago
By PJ Browne
Bernard Tomic Claims Mid-Match He Will Test Positive For Covid-19
Previous Next

Tennis
1 day ago
By Jonathan Byrne
Over €9000 Raised For 'Where Is Peng Shuai?' T Shirts At Australian Open
Tennis
1 week ago
By Eoin Harrington
Andy Murray Thinks Djokovic Australian Open Controversy Isn't Over Just Yet
Tennis
2 weeks ago
By PJ Browne
Bernard Tomic Claims Mid-Match He Will Test Positive For Covid-19
Popular on Balls
GAA
2 days ago
By PJ Browne
Insane Drama As Late TJ Reid Goal Sends Ballyhale Into All-Ireland Final
Rugby
1 day ago
By Colman Stanley
Yesterday Was Not The First Time Wayne Barnes Sent A Player Off For Getting Lippy
Rugby
22 hours ago
By Colman Stanley
Champions Cup Predictions And Permutations For The Irish Provinces
The Rewind
2 days ago
By Jonathan Byrne
The Definitive Ranking: Deli Items Ranked From Best To Worst