Rugby Is Now The Second Most Drug Tested Sport In Ireland

Sport Ireland has released its annual anti-doping review for 2018.

Of the 1,112 tests which were carried out, there was just one failure. That was amateur boxer Evan Metcalfe who tested positive for a by-product of cannabis. Metcalfe was banned for four months and stripped of his Irish bantamweight title.

Cycling was the most drug tested sport with 179 tests carried out. That was one more than rugby, which last year became the second most drug tested, overtaking athletics.

Notable is that just there were just 42 tests carried out in soccer, by far the lowest of the major sports.

The total number of samples collected was up 12 per cent from 2017. In competition tests accounted for 20 per cent of those carried out, 80 per cent were out of competition.

There was also an increase in whereabouts failures from 12 in 2017 to 17 last year.

Top ten most drug tested sports in Ireland for 2018

From 58 therapeutic use exemption (TUES) applications made last year, 24 were granted. Six were to rugby players and four to soccer players.

Interestingly, the most searched product on the Eirpharm database was Kapake, a prescription painkiller. The database allows those subject to drug testing to check if medicine is prohibited by the World Anti-Doping Agency. There were 1012 searches for Kapake, up from just 11 in 2017.

Ibuprofen was the second most-searched product, followed by Zirtek. 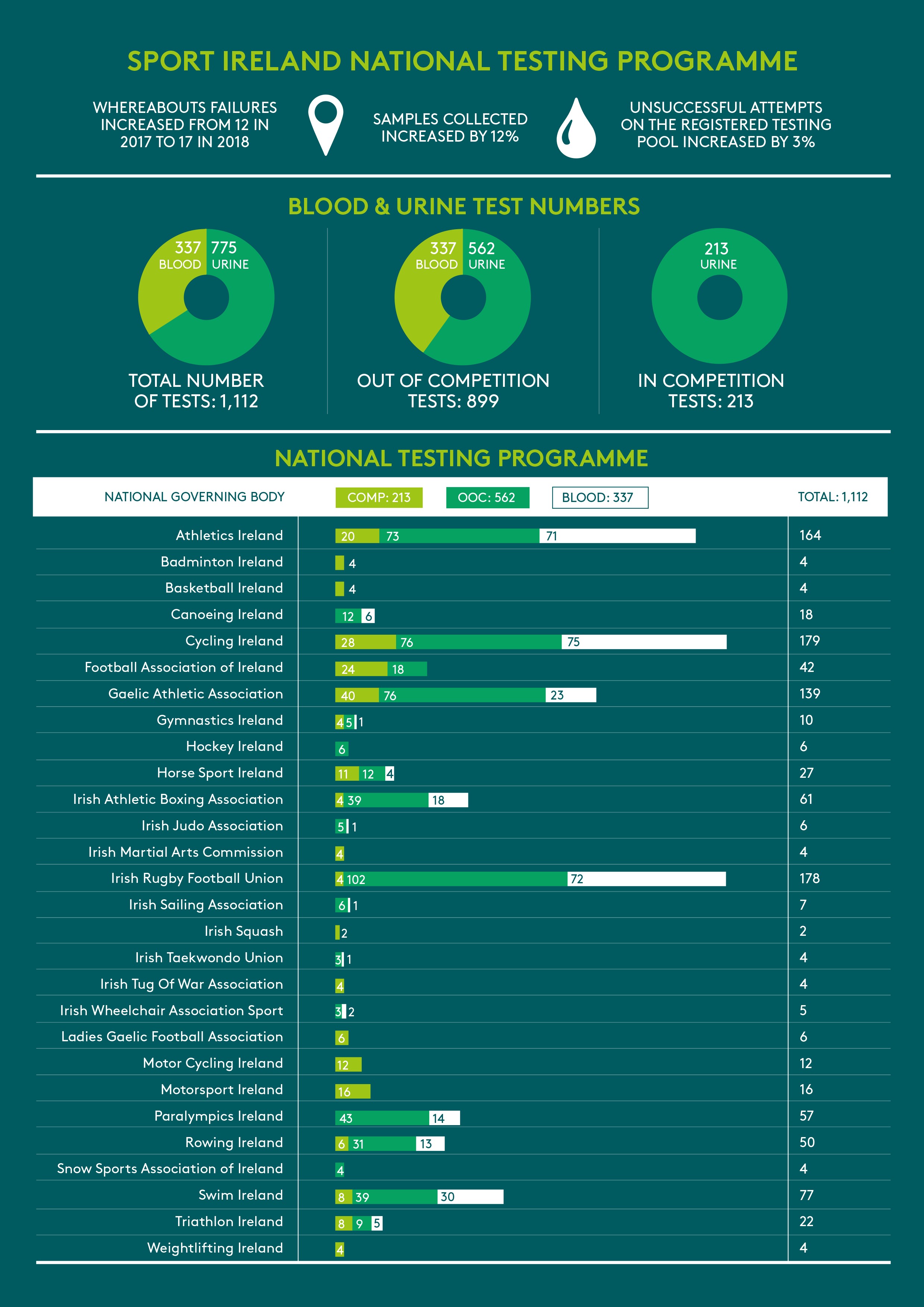