For the fifth time in seven years, and the third year in a row, Katie Taylor has been named Ireland's most admired sports star.

As part of the Teneo Sport and Sponsorship Index 2019, 25 per cent of the public voted for the Bray boxer. Shane Lowry finished second with 10 per cent while Johnny Sexton was in third on six per cent.

Shane Lowry's Open victory at Royal Portrush was voted the most memorable Irish sporting moment of the year on 30 per cent, just ahead of Katie Taylor defeating Christina Linardatou to become a two-weight world champion. The Irish women's hockey team's dramatic penalty shootout victory over Canada to secure Olympic qualification finished third on nine per cent.

In the Team of the Year category, both the Dublin men's footballers and Irish women's hockey team garnered 25 per cent of the vote.

For the second year running, Gaelic games has been voted the nation's favourite sport with 19 per cent, just ahead of soccer on 18 per cent and rugby with 13 per cent. 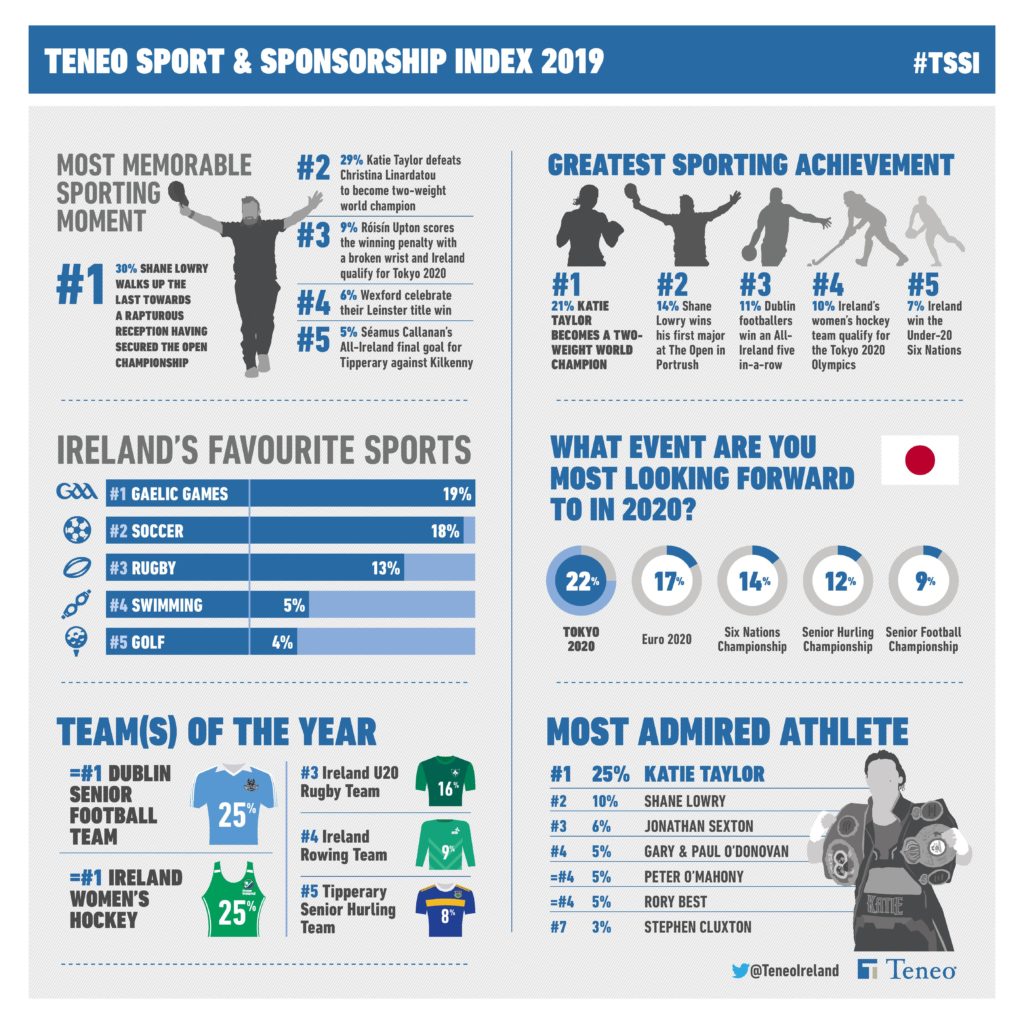 The TSSI is a comprehensive 1,000 person nationally representative survey with quotas imposed across gender, region, age and social class. The research was carried out by Teneo’s Sports and Sponsorship team and iReach and examines the Irish general public’s attitudes towards sport and their sporting heroes. This is the view of the general public and not a survey of sports fans. It is the tenth year of the TSSI and the research was carried out between November 19th and November 29th.