13 Coaching Lessons We Learned From The Great Gordon Bombay

Gordon Bombay, The Minnesota Miracle man. He would have easily gone pro if it were not for a series of bastards deliberately injuring him right as he was about to make his big break.

Still, while we never got to see him grace the ice of the NHL, we got the greatest pee-wee Hockey coach the world has ever seen. 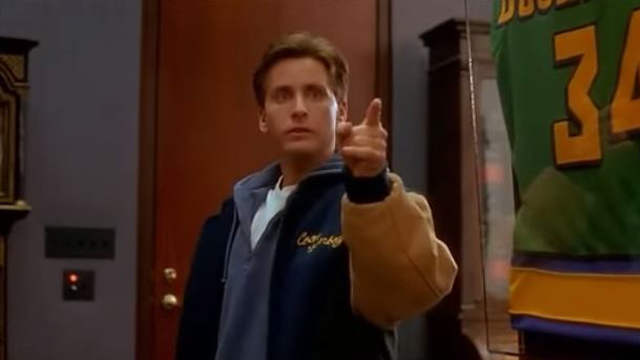 For our generation, The Mighty Ducks is a Disney movie that brings people together as they reminisce over the three movies that taught us so much about about life, and for many, literally everything they know about ice hockey.

Coach Bombay was central to every thing that went on in the Ducks' universe, and his we got to see his coaching methods grow as he did as a person, from an alcoholic, arrogant lawyer who hated children, into a father figure for millions. And with the entire Mighty Ducks trilogy available on Disney+ now, here are 13 coaching lessons that we learned from a true hero in Gordon Bombay.

Improve your goalkeeper by tying him to the goal and barraging him with shots.

Goalkeeper troubles? Nothing a bit of physical abuse by committee can't fix. Grab some rope, tie him up, and let the kids go nuts. It's not bullying, it's coaching.

Like all good coaches, Gordon Bombay tries everything before he dismisses it. This includes cheating. Having given the dishonest way a go, he realises that it won't work, and apologises to the kids like a real man. Lesson learned.

Use eligibility rules to your advantage. 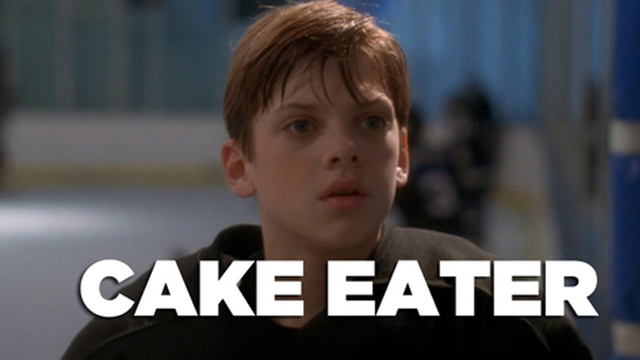 Something Jack Charlton already taught every Irish soccer fan. You should explore every loophole to ensure you have the best players available. In Coach Bombay's case, he used the Minneapolis district zonal re-routing to secure star player Adam Banks from the Hawks, and the Ducks reached a new height. 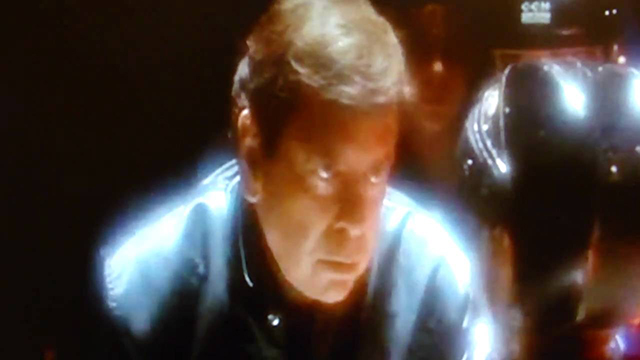 When Gordon was a kid, his coach was a dick, plain and simple. With the state championship on the line and young Gordon at the penalty stripe, his coach told him that he would let the entire team down if he missed, great advice. Put in the exact same situation with as a coach later in life, and with a FAR inferior hockey player in Charlie Conway taking the shot, Bombay said this:

You may make it, you may not, but that doesn't matter, Charlie. What matters is that we're here. Look around, who would've ever thought we'd make it this far. 1-2-3 Triple Deke. Take your best shot. I believe in you, Charlie. Win or lose. 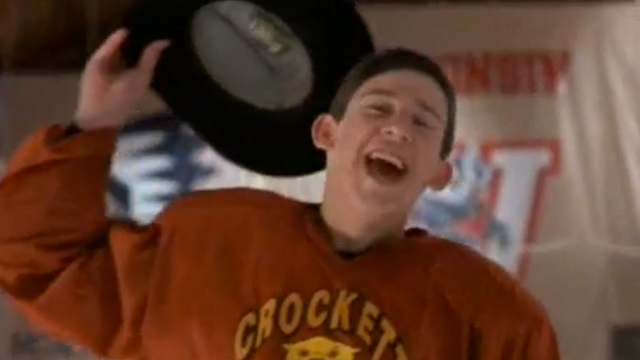 If you need to mesh a squad together before a campaign, then nothing does the trick quite like a human rodeo. If you don't have an experienced rancher available, bowling is a nice alternative.

Gordon Bombay is human after all, and he caught a little caught up in the frenzy that Hendricks Hockey caused around Team USA at the Junior Goodwill games and believed that winning was the most important thing. A quick chat with Charlie and a contemplative skate around a beach in LA and boom, Bombay was back, and so were Team USA.

Switching goalies in a shootout is a smart move. 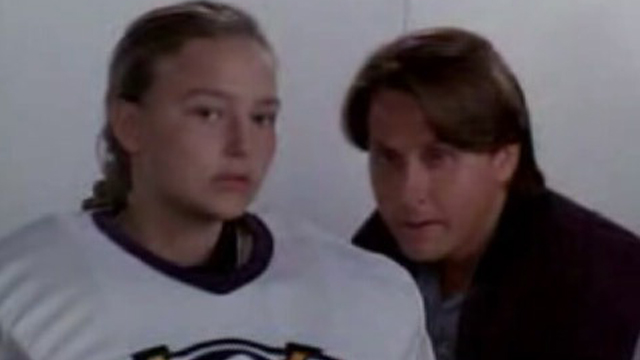 Sometimes, the backup who has been sitting on the bench twiddling their thumbs is the best placed person to save the day and steal the headlines. Change it up.

If the game isn't going your way, a quick change of uniforms will do the trick. 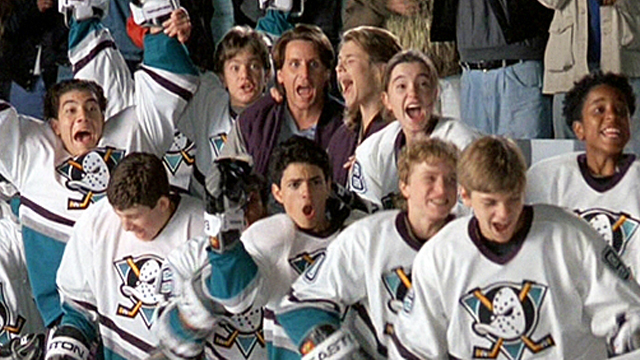 Manchester United famously changed kits at half time away to Southampton in 1996, because they claimed they couldn't see each other in the terrible grey kit. Sir Alex Ferguson clearly had been studying the methods of Gordon Bombay, as a uniform change can bring new meaning to the term "they were a different team in the second half", although it didn't work for United.

It's not illegal if the ref has never seen it before. Bombay utilized both the Flying V and the Knuckle Puck before they were outlawed, so get creative. Why not throw an outfield player in nets with time running out, nobody will mark him.

See things from a different perspective. 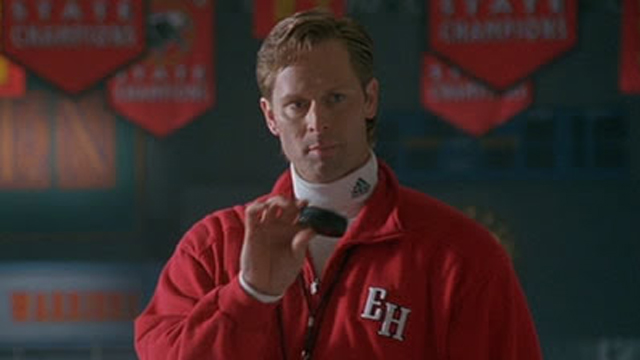 A touching and effective coaching moment in the third movie saw Gordon pull a moody teenage Charlie aside when Captain Duck was having issues with his University coach. Gordon showed Charlie a private moment of the coach skating with his disabled daughter, and Charlie realised that he wasn't a dick, but instead just a guy with a lot of pain in his heart. We could all do more of this in our lives.

Celebrate your victories with a bonfire.

And Queen. It helps if you all channel your inner Freddie Mercury.

Respect your elders and pay homage to the generations that went before you.

"Every time we touch the ice, we remember that is was Hans who taught us how to fly." Gordon regularly consulted his German mentors for advice and guidance during his time as coach of the Mighty Ducks, and he made sure his players paid the respect due to the older generation that helped guide them to glory. RIP Hans.

If things aren't going well, get everybody to stand up and say their name and where they are from.

3-0 down at half time? Completely outplayed in every aspect of the game? No problem.

Simply point at various players in your squad and ask them to provide the most basic personal information, and you've got momentum on your side.

If you didn't know that ducks tend to fly in groups when migrating, then you sure as hell knew it by the end of the trilogy. 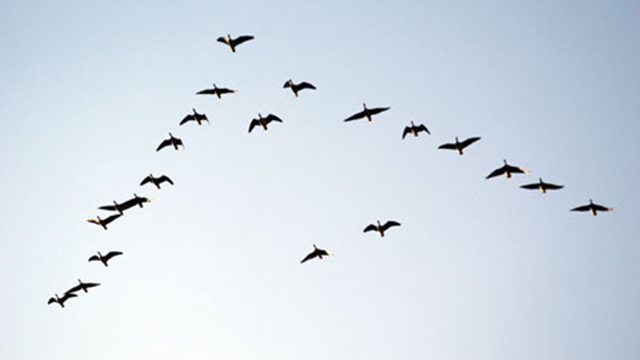 The Rewind
57 minutes ago
By Gary Connaughton
Quiz: What Does This Irish Word Mean?
2

The Rewind
2 days ago
By Eoin Harrington
Quiz: Which Famous Irish Person Is Older?
Previous Next