"Guy Was An Interior Decorator!": 21 Years On From One Of The Best Sopranos Episodes

One of the greatest episodes in TV history turns twenty-one today. Here's a tribute to it.

"You're not gonna believe this. He killed 16 Czechoslovakians. Guy was an interior decorator."

One of the best-loved moments from the groundbreaking HBO show The Sopranos comes at a time when you probably don't expect it.

On this day in 2001, the eleventh episode of the third season aired for the first time. The episode was called "Pine Barrens", in reference to a densely wooded area of southern New Jersey where much of the action takes place.

The Sopranos was really hitting its stride at this point. "Pine Barrens" soon emerged as one of the best ever episodes of the show, and it has retained that prestige amongst many fans and critics. The writing, the humor, and most memorably, the seminal performances of Michael Imperioli and Tony Sirico as Christopher Moltisanti and Paulie 'Walnuts' Gualtieri, make sure of that.

Freezing and stuck in the wilderness with a weak phone signal, the gravity of the situation is made clear to Paulie by Tony in this clip – it's been doing the rounds on Twitter this week.

The Sopranos episode Pine Barrens premiered on this date 21 years ago pic.twitter.com/2KnFkwXScc

For a show with so much to offer, "Pine Barrens" stands out on its own proudly, reveling in its own absurdity. Like all good ideas, the concept for the episode came to one of the writers on the show in a dream, according to Terence Winter.

Todd Kessler was another writer on the show. He and I were sitting in the writers’ room alone at the time and just talking and trying to cough up story ideas.

Tim came in and said, “I had a dream about a story but it’s really stupid.” I said, “Well, what is it? It can’t be any stupider than what we’re talking about.”

He said, “I had a dream that Paulie and Christopher got lost in the woods after trying to kill somebody, then they couldn’t get out.”

If you've been waiting for a sign to rewatch "Pine Barrens" – rewatch The Sopranos, even – let this be it. 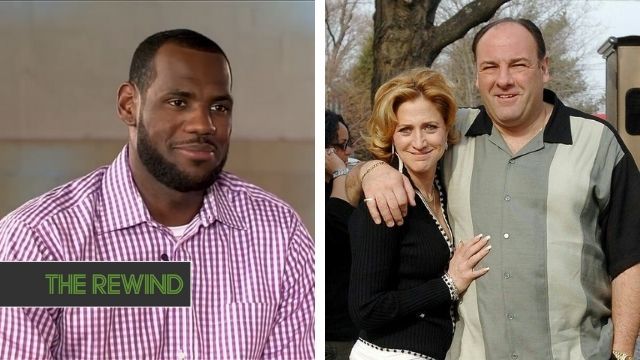