When he's not playing Gerry in Derry Girls or conducting powerful interviews on the Tommy Tiernan Show, Tommy Tiernan is a comedian at heart.

The Navan man is no stranger to capturing the attention of an audience with his live shows filled with stories of dark humour, Irish caricatures and pure chaos.

It seems Tommy has gone digital now and he's after uploading some of his best routines to his YouTube channel for us all to enjoy in this digital age.

So if you've bought one of his eight DVDs over the years and want to seek out some of his best sketches - you can do so without dusting off the boxset.

Tales From The West Of Ireland

This is from Stray Sod in 2014 as Tommy gives us a glimpse into some of his travels along the Wild Atlantic Way on the motorbike. These include heading to McDonald's, being very distraught at a school award and encountering a demented petrol station owner.

The Funeral Everyone Had To Go To

This is from Something Mental in 2008 where Tommy describes the strange demonic-like-accents growing up in Donegal as well as life in Athlone and Navan. In the latter he attends a funeral and gives great detail on the characters he came across in the church.

How Attractive Is Tommy Tiernan?

There are a couple of clips here from Out of the Whirlwind, Crooked Man and Stray Sod. Tommy gives his twisted takes on the cosmetic nature of society, avoiding youngsters, getting the 'horn' and more stories sparked with humorous intimacy.

An Irish Man's Relationship With The Drink

This is from Crooked Man in 2011 as Tommy talks about the nonsense of post-match sports interviews, his disdain for Lucozade Sport and a ROG impression thrown in for good measure. He also gives his take on lent, St Patrick's Day and giving up the drink.

A Typical Fight With An Irish Mother

Another clip from Something Mental in 2008 as Tommy talks about school and the usual routine of returning home to his mother after classes, as he vividly describes her actions, movements and words. Very relatable for anyone that grew up in an Irish household.

You can watch a multitude of Tommy Tiernan sketches over on his YouTube channel. 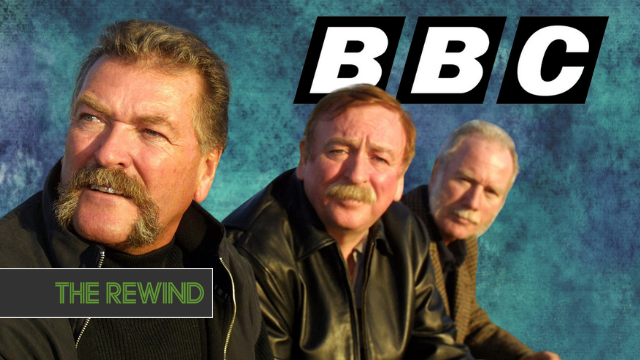