We've gone through a lot of random stuff on The Rewind Recommends and usually it's a hit new Netflix series or some album that's just dropped on Spotify that catches our eye but sometimes you can miss the classics that are right in front of your face.

That's why today we're focusing on the RTÉ Player, which has a huge back catalogue of shows worth watching. Some of these you'll have watched before but you're either way, you're going to discover something you missed when it first aired or be brought on a nostalgic trip down memory lane.

A rolls royce of sitcom, quite frankly. The first five seasons of Frasier are available on the RTÉ Player, amounting to 120 episodes. That'll keep you going until Christmas ... or at least next week.

Dawson's Creek and The O.C.

We're going to group these two together because they're basically the same thing but for different generations of teenagers. If you're an 80s kid then you'll be all over Dawson's Creek, while if you're a child of the 90s then you've probably still thinking about Sanday Cohen's hair at least twice a day.

It's a scary thing when you exclaim "Paths To Freedom is on the RTÉ Player!" only for the half the office to stare back at you with a look so blank you could write on it. However, upon mature reflection, it actually is possible that an entire section of Irish adults missed out on a cult classic during its original run - especially when you considered it first aired 19 years ago!

The series is only six episodes long and features Game of Thrones' Michael McElhatton in a fly-on-the-wall mockumentary about two Mountjoy convicts who are trying to reintegrate into society. If you have never seen it you absolutely have to check it out, if you watched it at the time then it's sure worth a revisit.

Raymond, Michael and Barry were three lads living the 'high life' in the midst of the Celtic Tiger in a classic RTÉ comedy drama. Alright, you wouldn't exactly call the it the high life but when Raymond walks potential roommate Alison through the lads' house in the opening scenes of the series, it seems a bloody mansion to anyone renting in Dublin nowadays. And right along the quays too!

The series stars Don Wycherley, Simon Delaney and Keith McErlean and the only criticism we have is that they only made three seasons of it. Speaking of McElrean, he went on to star in another Irish hit series, Raw, which is also available on the RTE Player. 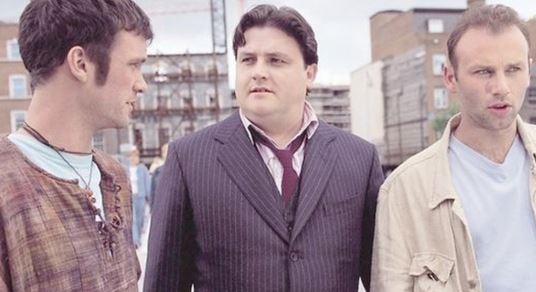 I know what you're thinking - why the hell are we recommending Room to Improve when it was only the telly about five minutes ago? But here's the thing; not only can you watch the most recent season of the show but you can watch every episode of Room to Improve ever.

See Also: Nobody Has A Clue What's Going On In Dublin Murders

The Rewind
2 days ago
By Mark Farrelly
The Rewind Random Quiz: How Well Do You Remember 'Big Daddy'?
4

The Rewind
2 days ago
By Mark Farrelly
The Rewind Random Quiz: How Well Do You Remember 'Big Daddy'?
The Rewind
4 days ago
By PJ Browne
10 Great Sports Moments From The Wire
The Rewind
1 week ago
By Balls Team
RTÉ Dominates Ireland's Top 50 Most Watched TV Shows Of 2019
Popular on Balls
Rugby
7 hours ago
By Gary Connaughton
Watch: O'Driscoll And Dallaglio Speak Nothing But Sense On Saracens Mess
56