Aaron Sorkin's new movie The Trial of the Chicago 7 is available to stream on Netflix now and get a load of the cast. Here are just some of the names that feature: Yahya Abdul-Mateen II, Sacha Baron Cohen, Joseph Gordon-Levitt, Michael Keaton, Frank Langella, John Carroll Lynch, Eddie Redmayne, Mark Rylance, Alex Sharp and Jeremy Strong.

It's a frankly ridiculous line-up and judging by the majority of reviews, they do not disappoint.

Written and directed by Sorkin, the movie is based on the true story of Chicago Seven, a group of protest organisers who were arrested after what was supposed to be a peaceful anti-war protest turned into a violent clash with the police and the National Guard.

Originally, eight, the number of defendants who faced trial was reduced to seven after Bobby Seale was severed from the trial — with Abbie Hoffman, Jerry Rubin, David Dellinger, Tom Hayden, Rennie Davis, John Froines, and Lee Weiner charged with conspiracy to incite a riot.

Sorkin's courtroom drama, based on the trial, has been a over a decade in the offing but has now finally made it onto our screens.

Given his penchant for near vomit-inducing idealistic dialogue, this premise had all the hallmarks of something that Sorkin could have field day with. It also is something he could be liable to go overboard with. However, according to Rotten Tomatoes, 93% of reviews for the movie have been positive.

The Chicago Sun Times, Time, Variety, The Washington Post and many more have all been full of praise in their reviews, with The Guardian's Peter Bradshaw a notable exception. He claims that "Sorkin is at his most portentous with this inert film."

Reviews aside, Sorkin's track record, coupled with the fascinating and timely premise, makes this a movie well worth watching.

See Also: One Of The Most Anticipated New Netflix Movies Is Out Today 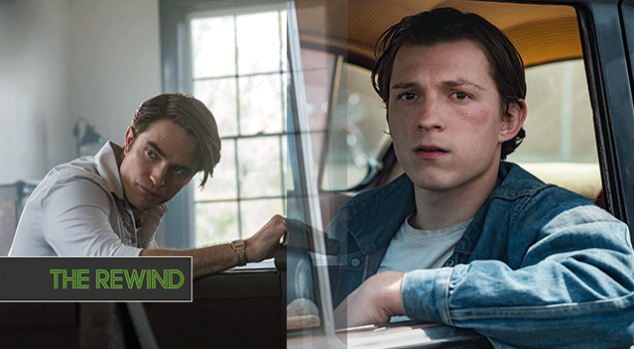 The Rewind
19 hours ago
By Gary Connaughton
Quiz: How Well Do You Remember The 'Friends' Roommate Quiz?
9

The Rewind
3 days ago
By Michael McCarthy
Quiz: How Well Do You Remember The Career Of Troy McClure?
Previous Next

Aaron Sorkin The Trial of the Chicago 7 netflix