An Underrated Performance? Aidan Gillen As Tommy Carcetti In The Wire

Note - this article may contain spoilers and may only truly be enjoyed having watched all five seasons of The Wire.

The words overrated and underrated are thrown about a lot. Having an Irish actor star in one of the greatest television shows of all time is hard to depreciate.

As I sat down to watch The Wire for the first time last year I was gripped from the get-go. You're immersed in the storytelling of the different groups from Baltimore, Maryland.

You have the gangs on the street, the dock workers, the politicians, the journalists, and of course the police force. All telling their part from a different perspective.

David Simon created a modern masterpiece and allowed each group to come to the fore season by season. Season Three was the turn of the politicians.

I was a bit taken back to see a screengrab of Aidan Gillen on one of the episode covers way back in Season One. I wasn't quite sure where he would fit in.

Up until that point - we had the story of the illusive Avon Barksdale and Stringer Bell and the witch hunt of Docks President Frank Sobotka.

The first thing that came to mind was the accent. Would he be an Irishman settled in Baltimore? When Season Three rolled around, I was surprised Gillen had committed to a fully-fledged American accent.

Gillen is introduced to the audience as Baltimore Councilman Tommy Carcetti. He appears to be this diamond in the rough character vying for change in the city.

Carcetti is seen speaking up at Baltimore City Council meetings about the high crime rates and turning Ervin Burrell and Bill Rawls inside out for their role in the numbers.

Eventually, he uses Burrell as a waypoint into running for Mayor. However, the concept of him running for a position in a predominantly black constituency is less than appealing.

Carcetti comes to life with his manipulation of the 'Hamesterdam' concept. The brainchild of Major Howard Colvin which allows free drug use in certain areas.

The scenes of Carcetti walking down the street, looking sheepishly at the locals buying and using illegal substances, is great television.

The viewer is place in this weird spot early on. His early appearances show a progressive side to him, but he uses things like 'Hamsterdam' for electoral advantage.

His crossing of Ervin Burrell is another factor, as unlikeable as Burrell can be at times. He has a conniving aspect to him - but you're eager to see what he does next.

Then in Season Four, things change somewhat. Tommy Carcetti is portrayed as this obsessive workaholic that is pushed to the limits by his campaign team.

His campaign manager, Theresa D'Agostino, takes up the role of the unlikeable representative in the group as Carcetti begins his campaign to run for Mayor.

Strategist Norman Wilson plays a brilliant role as the light-hearted sidekick in ways, not afraid to rip the piss out of Carcetti as he stresses over his schedule.

Whatever way it was written, seeing Carcetti come up from Councilman, deal with all the politics and backstabbing, and emerge from the mess is a great watch.

Mayor Royce also helps Carcetti's image as he's portrayed as an old school politician who seems to have too many ties to escape from the current regime.

Some of the scenes of Gillen in his campaign office, ticking off phone numbers from donors, and walking the streets with locals make him out to be a bit of a man of the people.

His election success is a great climax in Season Four. Carcetti's pursuit of Major Cedric Daniels, essentially the leading man in the Barksdale case, is another reason to root for him.

Back Down To Earth

Whatever is likeable about Tommy Carcetti in Season Four - that takes a bit of a slow u-turn in Season Five. He's fully immersed as Mayor in the politics of running a city.

Over time, he learns a lesson that his brash, independent nature isn't going to cut it as Mayor. He has to play the game as much as anyone else.

This is seen in his rejection of support from the Governor when the City of Baltimore is going through a financial crisis. Something he later would regret.

Carcetti tries to please everyone early on into the season by sorting the massive debt of the schools by pulling funding from the police force.

Members of the police department are less than pleased with the move. Many of them end up going weeks without a paycheque.

Given the police force is a huge part of the series, with the likes of Jimmy McNulty and Kima Greggs among them, you begin to build a bit of dislike for that move.

Then there's the decision to pull all resources out of Lester Freamon's pursuit of the mass murders in the vacant homes. As a viewer, you want to see them chase Marlo for that.

Carcetti seems to fold at whatever the public wants. When a fake 'homeless killer' emerges, he's seen giving press conferences and assuring all will be done to find the culprit.

While it's not a likeable side to Aidan Gillen's character - it does show the versatility he brought to the table in jumping from uniqueness to becoming one of the rest of them.

Then there's the whole handling of the promotion of Major Cedric Daniels. A character who seemed to come from the very bottom at the start of the series to the top at the end.

It seemed like he deserved a more fair and just route to becoming Deputy Commissioner. With all the politics involved with Burrell and Rawls, it was a bittersweet moment seeing his appointment.

Aidan Gillen portraying Tommy Carcetti might not be regarded as the standout performance of The Wire in years to come. It might not even crack the top ten.

The storyline of his rise to being elected Mayor is an underrated piece of the series that, looking back on it, deserved its place among the fold.

We're accustomed to seeing Gillen play the role of a really rogue character - such are his performances in the likes of Game Of Thrones and Love Hate.

What's great about his performance in The Wire is he's not that aligned with that norm. He's made out to be likeable and clean cut, if not a bit overbearing at times.

The accent is another aspect of the Tommy Carcetti role that should be appreciated. It's very rare you waiver from thinking he's anything other than American.

The Wire will always have a high spot in television lists. It's great to learn that an Irishman helped the series become what it is.

See Also: The Story Of Meat Loaf's Tour In Ireland During The Troubles Is Remarkable 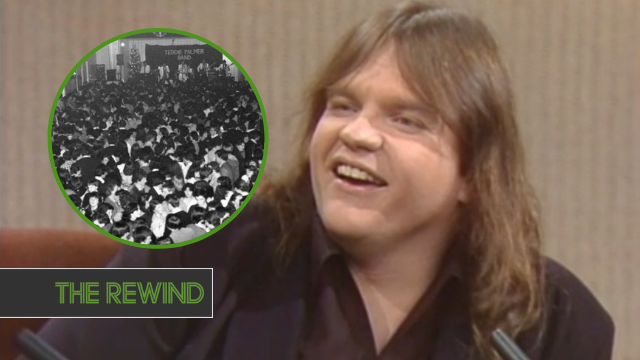 The Rewind
5 days ago
By Gary Connaughton
People Were Absolutely Astounded After Last Night's Derry Girls Finale
The Rewind
1 week ago
By Luke Delaney
How To Watch Conversation With Friends In Ireland
The Rewind
1 week ago
By Eoin Harrington
Watch: Brilliant Dermot Morgan Dublin Segment From 'The Travel Show' Resurfaces
Popular on Balls
Football
18 hours ago
By Colman Stanley
BBC Apologise After 'Manchester United Are Rubbish' Ticker Error
Football
1 day ago
By Gary Connaughton
Gary Neville Worried About Future Of Burnley After Relegation To Championship
GAA
2 days ago
By PJ Browne
Controversy In All-Ireland U20 Hurling Final Over Dubious Crucial Point
GAA
1 day ago
By PJ Browne
How A Kerry Guard Ended Up Playing For The Tipperary Footballers