Picture this: you're in a Spider-Man screening in the cinema and, unbeknownst to you, two men associated with playing the iconic character of Peter Parker are sitting in your cinema. Andrew Garfield revealed this week that that happened just this month, with he and Tobey Maguire sneaking into a screening of the brand new Spider-Man: No Way Home together.

WARNING: SPOILERS AHEAD FOR SPIDER-MAN: NO WAY HOME

It was one of the biggest releases of the year, and Garfield revealed that he and Maguire went unnoticed in the cinema together on opening night.

Andrew Garfield reveals he and Tobey Maguire watched Spider-Man: No Way Home together

Okay, you've had your spoiler warning, we're going to stop beating around the bush.

The Multiverse will never be the same. See #SpiderManNoWayHome, now playing exclusively in movie theaters! pic.twitter.com/CabxycbU9J

Garfield, who spent months vehemently denying his involvement in the movie, spoke to Entertainment Tonight this week, and revealed that the two returning Spider-Men somehow went unnoticed in an opening night screening of the new film

I still can't believe it happened. I snuck into a theater on opening night and just watched with my baseball cap on and my mask. In fact, I was also with Tobey, me and Tobey snuck into a theater together and no one knew we were there. It was just a really beautiful thing to share together.

We'd imagine Tom Holland was busy on opening night, as Garfield also revealed that the three actors have developed a bond over the course of the film's production.

Garfield, who is also in Oscar contention for his role in tick, tick... BOOM! mentioned in the same interview that it was an honour to play the 'middle child' of sorts in the film, with Maguire's take from the 2000s and Holland's more recent iteration of the role sandwiching Garfield's movies.

The fact that I get to be one of those people wearing the suit next to my actual Spider-Man hero, Tobey Maguire, and the brilliant, incredibly talented, heartfelt, funny, good, sweet, perfect Spider-Man of Tom Holland, and I get to be the middle brother, and I get to be in awe of my older brother and in full longing to protect my younger brother.

Garfield - whose iteration of Spider-Man was referred to as "Peter 3" during the movie - said that the three actors all focused their performances on developing Holland's "Peter 1", saying that he and Maguire were "just there to kind of support and have a lot of fun, and it was so much God damn fun"

Fans were ecstatic to see all three Spider-Men united on screen, and the actors found it similarly thrilling. Many fans have now begun questioning whether we may even see Garfield and Maguire return again - and Garfield, for one, has given an answer of "never say never" to that question.

Andrew Garfield and Tobey Maguire's returns to their Spider-Man suits was a real treat in No Way Home - and it seems as though all three Peter Parkers had just as much fun as the audience did.

SEE ALSO: Can You Get Full Marks In Our Ultimate 'Love/Hate' Quiz? 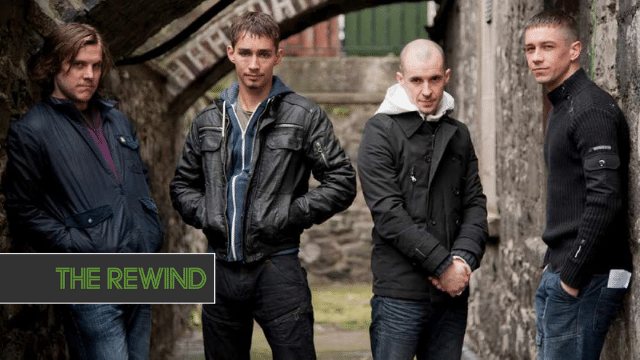