Father Ted is a timeless classic. The show is just as hilarious now as it was in the 90s when it was first released.

If you walk by the television and there is an episode of Father Ted on, you are going to watch it. That's just a fact.

There are no shortage of brilliant moments littered throughout the series, but what ones are most fondly remembered by the cast members themselves?

Appearing on The Tommy Tiernan Show last night, Dougal actor Ardal O'Hanlon recalled his favourite scene in Father Ted. It's not one that you would necessarily immediately think of.

There's one I just love and it comes on a closing title sequence.

There was an all priest sports day and all the priests end up in a fight at the end. Dougal does something completely out of character, the boldest thing he's ever done in his life.

Dougal is standing there looking on and he's really kind of shocked, then he goes over and kicks someone and just runs away!

That was probably one of my favourite moments. Whenever I see that one I have a little chuckle...

I would never sit down to watch it but it would often come on, or someone at home would be watching it...

You'd linger for a minute or two just to see something. I'm always struck by how unprofessional I am actually, I'm often laughing in the background.

It was a great laugh. You were there and saw it, it was great fun. The whole process was such good fun.

A classic in fairness.

For those of you unfamiliar with the scene, which appears in season two episode ten, you can watch it below. 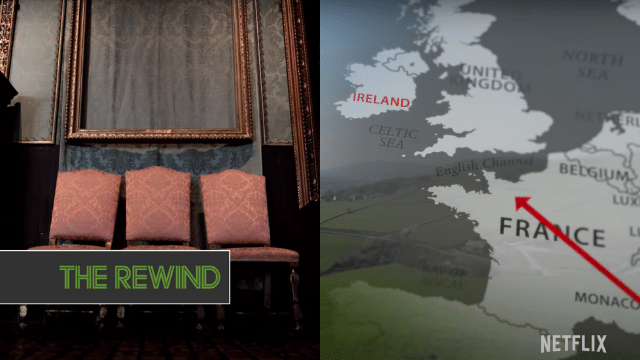 The Rewind
7 months ago
By Paul Moore
Tommy Tiernan, Hector, And Laurita Blewitt Have A New Podcast That Starts This Week