As America Burns, A Kerryman Is Front And Centre On CNN

Yesterday was a jaw-droppingly awful day for the once noble institution of American democracy.

Watch @robertmooreitv's report from inside the Capitol building as the extraordinary events unfolded in Washington DChttps://t.co/krCQf1uQbx pic.twitter.com/SiWbzF5Nzs

For Irish people watching coverage on CNN through their fingers, there was some light relief in the fact that a certain Donie O'Sullivan was reporting from the scene of the crime. As his named would suggest, O'Sullivan comes from Kerry and has been working with CNN for five years.

O'Sullivan comes from Cahirciveen and studied at UCD and Queens in Belfast before heading to America to work in the media. He's been on the trail of the insurgent far right for awhile now, and actually was one of the best-placed journalists in the country to speak about how conspiracy theories and misinformation fueled yesterday's attempted coup. (For more background on O'Sullivan, listen to his interview with Jarlath Regan in October)

Given the historical moment taking place, and the sheer number of armed lunatics around him, O'Sullivan was quite composed when speaking with Wolf Blitzer from outside Capitol Hill.

.@donie, reporting from Capitol Hill: "In 2016 people tried to write off anything about social media, saying oh, it's only a few Facebook posts, what harm? Here's the harm. The harm of conspiracy theories, the harm of people living in these online and Trump media echo chambers." pic.twitter.com/kisSUSNRxb

For Irish Twitter, it was the 'death spiral of democracy' version of spotting a Kerry jersey at the Masters

Well, everyone seems to know my big brother now. 😂 So proud of you Donie. 🇮🇪 Up Kerry! pic.twitter.com/VQArYk7tdY

CNN: “We’re now going to go to Donie O’Sullivan whose on the ground for us”

It's all about one man tonight... @donie pic.twitter.com/arjrxiVStF

Considering the words 'Murder The Media' were found scrawled on walls inside the Capitol building yesterday, we'd just like to wish O'Sullivan health and safety in his reporting on this catastrophic time.

SEE ALSO: Kevin McGahern On Clear History And The Need To Revive The Irish Panel Show 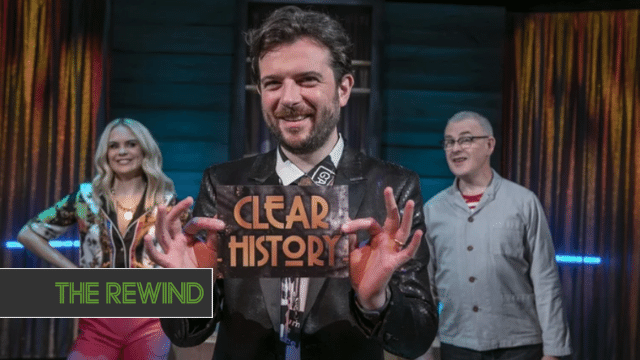 The Rewind
3 hours ago
By Eoin Harrington
Peaky Blinders Movie 'Is Going To Happen' According To Show Creator
The Rewind
7 hours ago
By Balls Team
QUIZ: How Well Do You Remember The Commitments?
39

The Rewind
9 hours ago
By Mark Farrelly
Quiz: How Well Do You Know Ted Hastings' Phrases?
Previous Next