'Beat The Chasers' Premieres Tonight And Here's How It Will Work

It's fair to say that The Chase is the best quiz show on TV at the moment. Hosted by Bradley Walsh, none of it competitors can match the drama offered as contestants try to overcome one of the chasers.

It has long been a staple of our daytime television viewing, but now the show is stepping into a primetime slot.

Beat The Chasers airs on ITV and Virgin Media One at 9pm tonight. Following the lead of Who Wants To Be A Millionaire, it will air episodes at that time on five consecutive night this week.

It will also see all five chasers competing together on a team for the first time.

So how does the show work?

Unlike in The Chase, contestants will not be forming a team. Instead, they will be competing on their own.

The 'cash builder' round will see them answer five multiple choice questions, each of which are worth £1,000. If they get a question wrong, the round is stopped.

They will then face the chasers.

The contestants will be given a number of different offers, with a higher prize on offer depending on how many chasers you choose to take on. Not only this, but they will also offer you a time advantage.

You can see this in the image below: 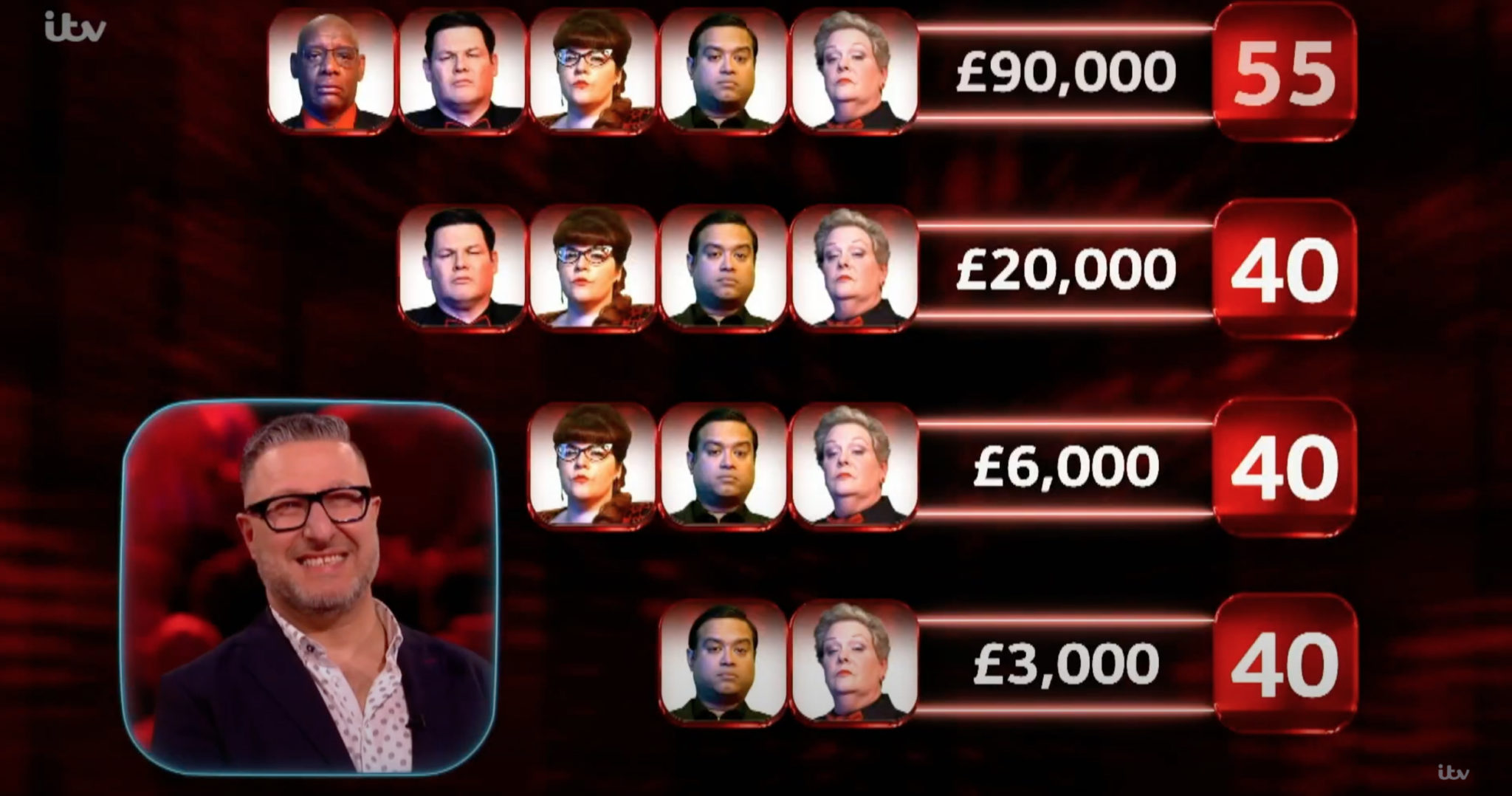 In the final round, the contestant always begin with 60 seconds on their clock. The amount the chasers have will depend on the offer that was accepted, which is represented by the number on the right of the image above.

The contestant will answer a question as the clock counts down. If they answer it correctly, their clock will stop and it will move to the chasers.

The chasers will buzz in with their correct answer, as we have seen teams do in the regular show.

If an incorrect answer is given, the clock will continue to count down. The first to have their clock reach zero seconds will lose.

The Chasers always begin with 60 seconds, whilst the contestant's time depends on what offer they accepted.

Play sees questions swap from contestant to the Chasers once the other gets a question correct...#TheChase #BeatTheChasers pic.twitter.com/NQohNjac3U

This all sounds incredibly dramatic.

If you are in any way confused, the whole thing is explained brilliantly in this Twitter thread.

Beat The Chasers will air Monday to Friday this week at 9pm on ITV and Virgin Media One.

SEE ALSO: Here's 6 Of The Best Movies On TV Tonight

The Rewind
4 months ago
By PJ Browne
Watch: Dom Joly Gets Better Of Five Quiz Masters On Beat The Chasers
30