In the depths of Amazon Prime's vaults are plenty of films worth your time. We've picked out 20 of the best films on Amazon Prime in  Ireland which are available to stream at the moment. They range in genre from crime thrillers to science fiction to comedy.

The best films on Amazon Prime Video in Ireland

A small-time boxer gets a supremely rare chance to fight a heavyweight champion in a bout in which he strives to go the distance for his self-respect.

Greed and class discrimination threaten the newly formed symbiotic relationship between the wealthy Park family and the destitute Kim clan.

Two school friends decide to start a pretend straight relationship in an effort to fit in.

Follow-up film to the 2006 comedy centering on the real-life adventures of a fictional Kazakh television journalist named Borat.

Discontented with his capitalistic lifestyle, a depressed man meets a soap salesman and forms an underground fight club. The project becomes something much more.

The rap group NWA emerges from the mean streets of Compton in Los Angeles, California, in the mid-1980s and revolutionizes Hip Hop culture with their music and tales about life in the hood.

With his wife's disappearance having become the focus of an intense media circus, a man sees the spotlight turned on him when it's suspected that he may not be innocent.

When terrorists try to seize control of a Berlin-Paris flight, a soft-spoken American co-pilot struggles to save the lives of the passengers and crew while forging a surprising connection with one of the hijackers.

A 20-something supervising staff member of a residential treatment facility navigates the troubled waters of that world alongside her co-worker and longtime boyfriend.

Set in the 1970s, Tinker, Tailor, Soldier, Spy finds George Smiley (Gary Oldman), a recently retired MI6 agent, doing his best to adjust to a life outside the secret service.
However, when a disgraced agent reappears with information concerning a mole at the heart of the Circus, Smiley is drawn back into the murky field of espionage.

April 6th, 1917. As a regiment assembles to wage war deep in enemy territory, two soldiers are assigned to race against time and deliver a message that will stop 1,600 men from walking straight into a deadly trap.

What We Do In The Shadows

Viago, Deacon and Vladislav are vampires who are finding that modern life has them struggling with the mundane - like paying rent, keeping up with the chore wheel, trying to get into nightclubs and overcoming flatmate conflicts.

Stuck in a time loop, two wedding guests develop a budding romance while living the same day over and over again.

The true story of Aileen Wuornos (Theron), a woman with a tortured past who turns to prostitution for money, and who eventually turned her anger into a motive for murder, becoming one of America's most infamous serial killers.

A young man in a mid-western town struggles to care for his mentally-disabled younger brother and morbidly obese mother while attempting to pursue his own happiness. (IMDB)

The key players at an investment bank become entangled during 24 hours in the early stages of the 2008 financial crisis.

A frontiersman on a fur trading expedition in the 1820s fights for survival after being mauled by a bear and left for dead by members of his own hunting team.

Birdman or (The Unexpected Virtue of Ignorance)

A washed-up superhero actor attempts to revive his fading career by writing, directing, and starring in a Broadway production.

You can check out the best films on Amazon Prime in Ireland with 30 days absolutely free right here.

See Also: Here Are 12 Of The Best Series On Netflix Right Now 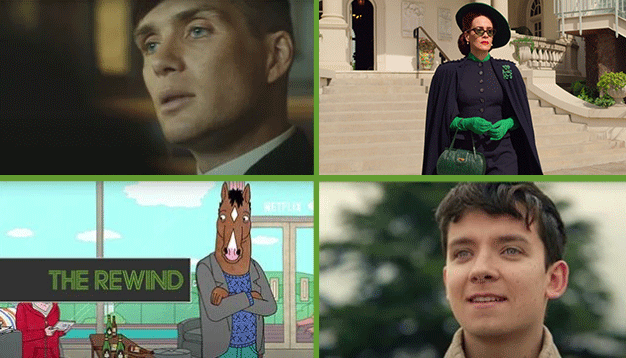