Follow us on a strange journey of logic. Once upon a time, or 2011, there was a film called Contagion. It was a movie about how a global pandemic brought human civilisation to its knees. Wild, eh? In that film, Kate Winslet plays Dr Erin Mears, an epidemiologist trying to help the Center for Disease Prevention and Control beat the disease.

Fast forward nine years. Humanity is again battling a pandemic, but this time in real life. With heaps and heaps of confusion and misinformation around about how to stay safe and repel the pandemic, we need society's most trusted disease expects more than ever to provide clear and concise information so that we can all act to halt its onslaught. In order to further this process, someone had the bold idea to ask the cast of Contagion (Matt Damon, Lawrence Fishburne, Kate Winslet) to record a public service video with tips on handwashing and the like. Just to recap: the people who played fictional experts who defeated a fictional disease have been asked to help real people avoid contracting a very real disease.

Is that public relations officers refer to when they talk about 'thinking outside of the box'?

Sky News have shared Winslet's effort to social media this morning and we're delighted to say it's brought out the saltiness of the twitterariti in quite spectacular fashion. The Titanic jokes are the best part of this.

Next up I want Kate Winslet’s advice on surviving a shipwreck and erasing all your memories after a bad relationship https://t.co/Jh2jqwwESa

And later ... we’ll be talking to Mel Gibson about Scottish Freedom and what it would mean to him.

Kate Winslet is giving covid advice because she played a part in a film where there was a pandemic.
In that case I'm going to teach you all about how to survive a volcano eruption by showing you dead body positions like the part I played in a school play of Pompeii.

Kate Winslet giving advice about a pandemic is all fine and dandy, but if she offers you advice on how to stay alive after your luxury cruise ship starts to sink, tell her to fuck off. That plank had space for TWO people.

All of that said, if you were looking for clear and concise info on how to fight the spread of the disease, you'll find it in this video from Kate Winslet:

People are taking the mickey but this is actually a really good and informative video.
Thanks #katewinslet #WHO#COVID19 #coronavirus https://t.co/pDgzncSiTv

One note before we end: isn't it a bit amazing that the Contagion poster resembles the interface of a Zoom video conference? Life, as ever, is imitating art. 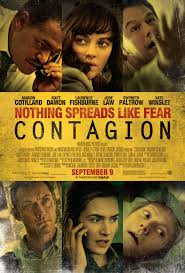 The Rewind News
16 hours ago
By Donny Mahoney
Supermacs CEO: Covid-19 Payment For Part-Time Workers 'Like Winning The Lotto'
6

The Rewind
16 hours ago
By Gary Connaughton
Quiz: Can You Decipher These Anagrams Of Irish Places?
Previous Next