Considering there's a bit of a shortage of new TV at the minute given the events of the last 15 months, now is the ideal time to catch up on some classic shows. Here are 17 classic TV shows that are some of the best series on Amazon Prime Ireland right now.

A drama about one of New York's most prestigious ad agencies at the beginning of the 1960s, focusing on one of the firm's most mysterious but extremely talented ad executives, Donald Draper. (IMDB)

Leslie Knope, a mid-level bureaucrat, wishes to help a local nurse, Ann, convert a disused construction site into a community park but deals with red-tapism and self-centred neighbours. (Google)

A motley group of office workers go through hilarious misadventures at the Scranton, Pennsylvania, branch of the Dunder Mifflin Paper Company. (Google)

Stan, Kyle, Eric and Kenny are four foul-mouthed friends who live in South Park. They have several bizarre misadventures in and around town, involving both the ordinary and supernatural. (Google)

Conspiracy theorist Fox Mulder and realist Dana Scully pull out all the stops as FBI special agents to investigate and get to the bottom of inexplicable paranormal cases. (Google)

The cases of the F.B.I. Behavioural Analysis Unit (B.A.U.), an elite group of profilers who analyse the nation's most dangerous serial killers and individual heinous crimes in an effort to anticipate their next moves before they strike again. (IMDB)

Three different but related families face trials and tribulations in their own uniquely comedic ways. (IMDB)

The childish Mr Bean uses his unusual wit to fulfil everyday tasks. But more often than not, he ends up creating trouble for himself and those around him. (Google)

Surgical interns and their supervisors embark on a medical journey where they become part of heart-wrenching stories and make life-changing decisions in order to become the finest doctors. (Google)

Dr House, an ingenious and unsociable physician who flouts hospital rules, clashes with his fellow doctors and assistants as he comes up with controversial hypotheses about his patients' illnesses while coping with his own severe pain. (Google)

Buffy Summers tries to live a normal life in high school while embracing her responsibilities and destiny as a hunter of vampires and demons. (Google)

The survivors of a plane crash find themselves stranded on a mysterious island. They are forced to work together for their survival when they realise that they're not alone on the island. (Google)

A group of survivors led by police officer Rick Grimes travel in search of a safe and secure home after a zombie apocalypse spreads across the USA. (Google)

Lieutenant Mitch Buchannon and his team of lifeguards strive hard to control the crowds and keep them safe from the raging seas while also exploring adventures in their personal lives. (Google)

After a bad break-up, Jess, an offbeat young woman, moves into an apartment loft with three single men. Although they find her behaviour very unusual, the men support her - most of the time. (IMDB)

This series uses re-enactments and interviews to retell the circumstances of, well, mysteries that are unsolved. Covering crimes, tales of lost love, unexplained history and paranormal events, viewers are encouraged to provide information that might solve the mystery. (Google)

Don't forget, you can get 30 days of Amazon Prime absolutely free right here.

(As an Amazon Associate Balls Media earn from qualifying purchases.) 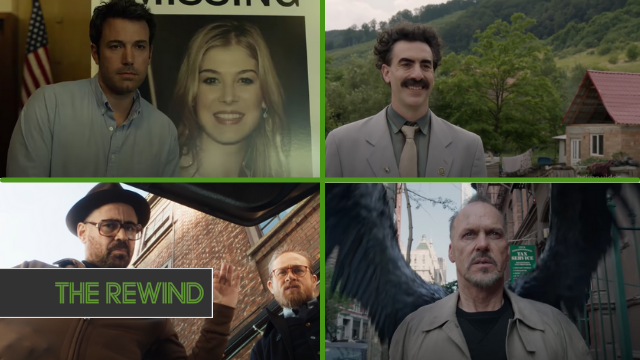 The Rewind
2 months ago
By Balls Team
20 Of The Best Films On Amazon Prime In Ireland Right Now
The Rewind
5 months ago
By Gary Connaughton
First Glimpse At The Upcoming Alex Ferguson Documentary Revealed
The Rewind
1 year ago
By Gary Connaughton
Some Cracking Movies Have Been Added To Amazon Prime Video
Popular on Balls
Football
18 hours ago
By Eoin Harrington
Watch: Caoimhín Kelleher Penalty Save Helps Liverpool Through To EFL Cup Fourth Round
Football
21 hours ago
By Jonathan Byrne
The Battle Of Old Trafford: Roy Keane On Why Arsenal 'Crossed That Line'
Football
22 hours ago
By Andrew Dempsey
Shay Given Reveals 'Horrendous' Contract Offer That Forced His Celtic Departure