Walking Dead: World Beyond Cast On How The Show Ties Into The Civic Republic Military (CRM)

With Season 10 of The Walking Dead set to premiere this week, the release of a new show in World Beyond, the Rick Grimes film moving along forward, and a spinoff show for Carol and Daryl, the dead don't just walk the earth, they're dominating it but what about the mystery of the Civic Republic Military (CRM)?

As the show's universe expands in World Beyond, the biggest question still revolves around the authoritarian society/organisation of survivors that are part of the Three Ring Network, along with the Campus Colony and another unseen community in Portland, Oregon.

During a recent interview with Balls, Walking Dead: World Beyond showrunner Matt Negrete gave us an indication of how the new show will tie into question of Rick Grimes' location and also how the mystery of the CRM looms large in the new show too. 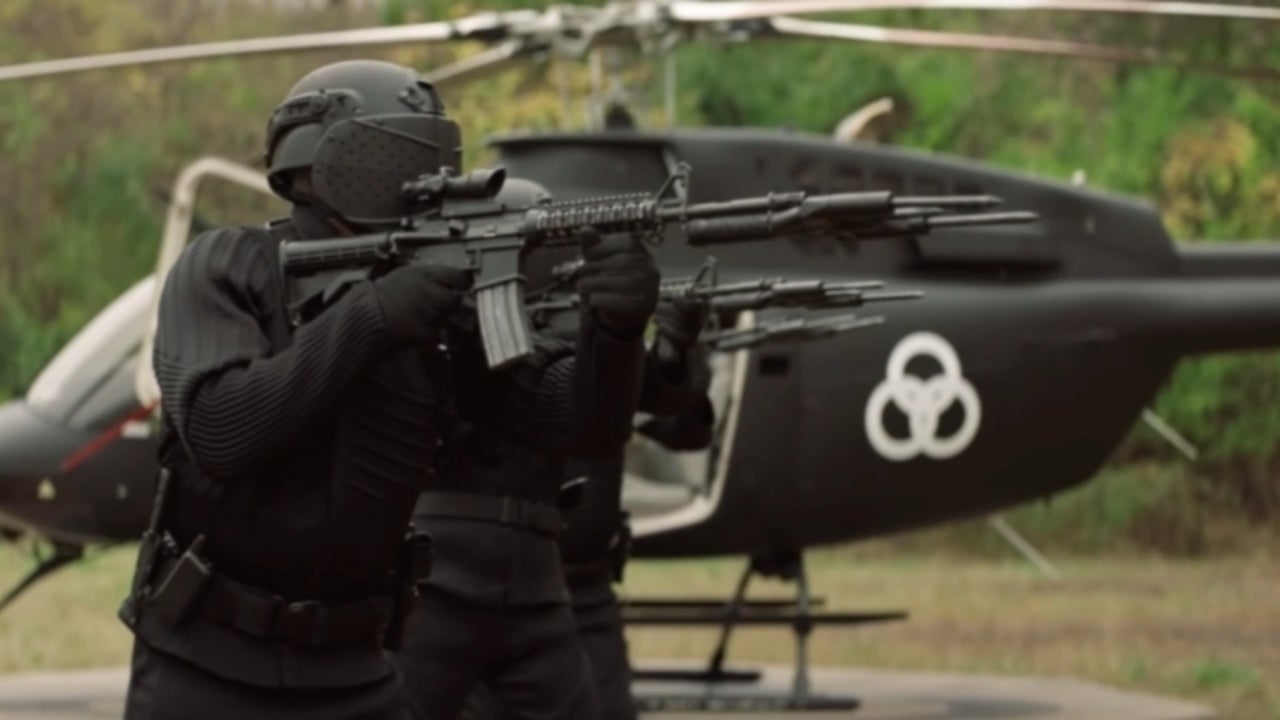 In terms of plot, World Beyond expands the universe of The Walking Dead, as it delves into a new mythology and story that follows the first generation raised in a surviving civilisation of the post-apocalyptic world. Two sisters (Iris and Hope) along with two friends (Silas and Elton) leave a place of safety and comfort to brave dangers, known and unknown, living and undead on an important quest.

Two more teens from the city, Silas (Hal Cumpston) and Elton (Nicolas Cantu) join them on their quest, and they're closely pursued by city security officers Huck (Annet Mahendru) and Felix (Nico Tortorella). Watching intently from afar is Elizabeth of the CRM (Julia Ormond). 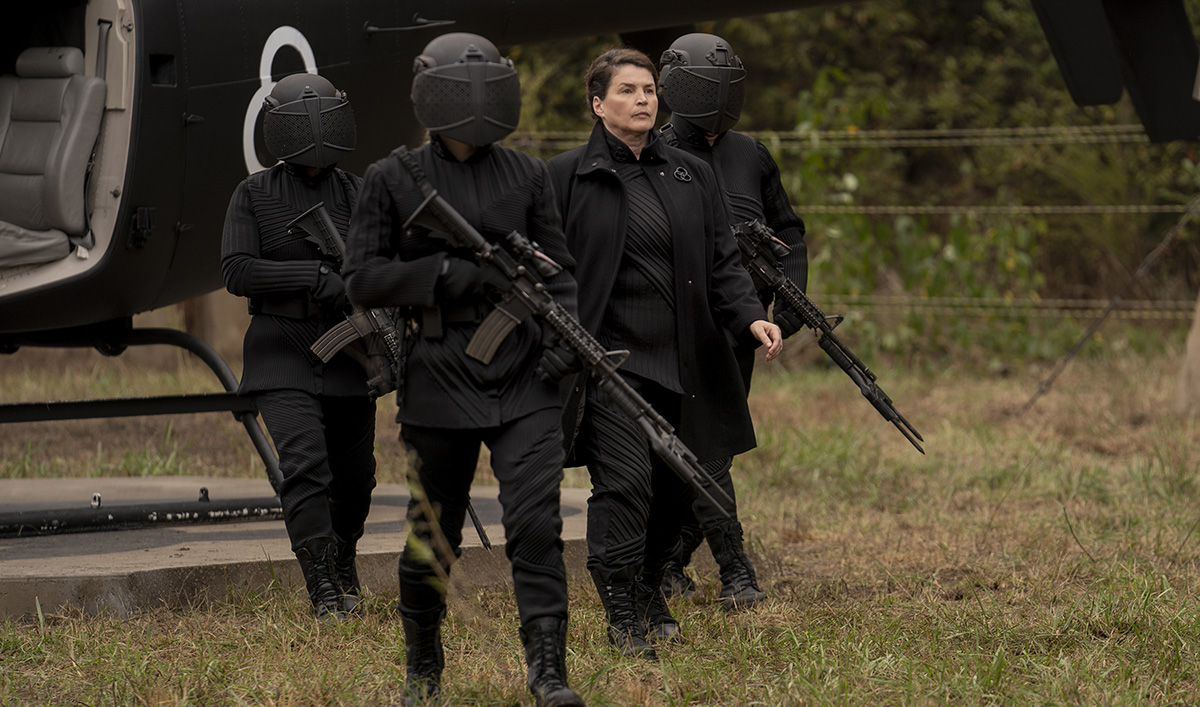 Of course, learning more about the CRM is a big draw for fans of the series and speaking with Balls, Cantu gave us a few hints about how the new characters interact with the organisation.

"The way we interact with the CRM is that we don't really. They're such a mysterious force in the world of The Walking Dead and although we've kind of made a name for ourselves in our campus, we would think we're more in touch with the other communities but the CRM are so secretive. They're like this looming power that you hear about, but nobody knows how they work, what their operations are, or where they're located. They're kind of this invisible aura that you feel, rather than them becoming a solidified answer to any question."

Disillusioned, hard-drinking, and blessed with an inability to trust anyone in a position of authority, Alexa Mansour's character Hope is bound to be fan favourite of Walking Dead fans and the actress is also excited about what the CRM has to offer. 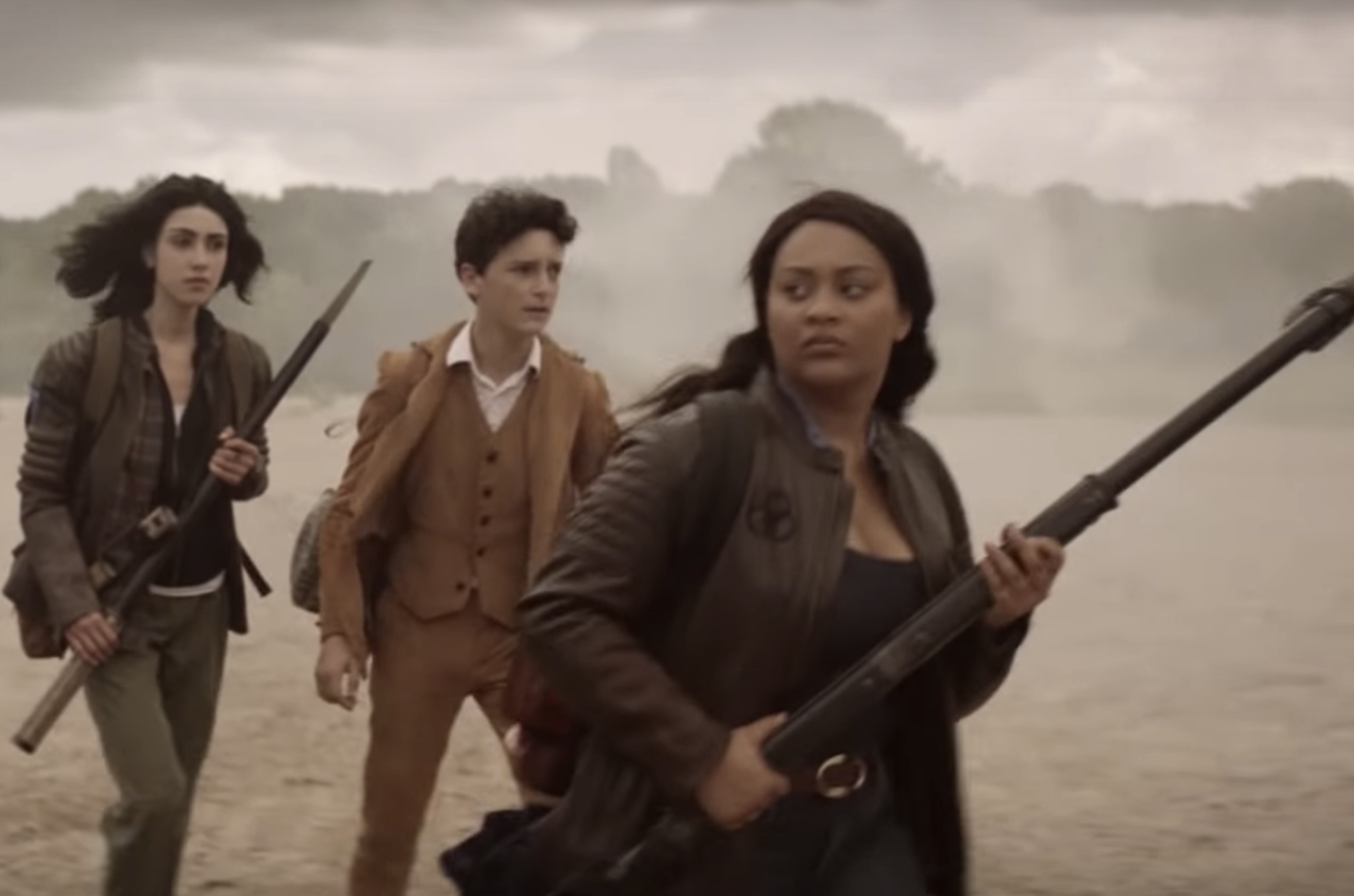 "It's exciting when fans talk about the CRM and all these clues that tie back to the other shows. Honestly, I have no idea what's going to happen next season but as for the CRM, they're like this force that you know are there. You're not supposed to mess with them and you're supposed to trust them. Some characters do trust them and others don't. You see that with the character of Hope and Iris - their opposing views on the CRM, what they've done, and what they're going to do."

World Beyond will also see a first for The Walking Dead universe as it introduces its first gay character, Felix (Nico Tortorella) and the actor said that fans can expect to see the world get even bigger.

"The other shows sort of deal with smaller communities, it's like news on a local level. This show is really going to start to expand our knowledge of what's happening in the Americas as a whole. We are going to start to see who's in charge, what that means, and what's the pecking order looks like. A lot more will make sense very quickly, from the other two shows, once this one takes a leap forward."

As for the CRM, the character of Felix is an honourable man that's not afraid to fight for others. However, as we've seen countless times in The Walking Dead, morals can often go awry and Tortorella says that his character has plenty of engagement with the CRM.

"There will be plenty of interaction with us and them. A main theme of this show is the villain vs the superhero, good vs evil. I think this has never been more apparent in our world and the difference between good and evil, from the people in power, is something that we will absolutely explore as the series progresses and it's clearly a mirror to what's happening in our world currently."

As for allies and support, Felix is accompanied by Huck on this dangerous journey and here's what Annet Mahendru had to say about how her character feels about the CRM and how she fits into The Walking Dead Universe. 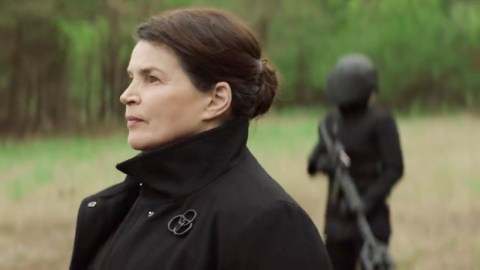 "Huck comes into this community in awe and excitement, just because she gets to build something. Then, she gets to meet the CRM and shake Elizabeth's hand (Julia Ormond) and that's an opportunity in itself. They've got scientists - some of them are mad! - that are working to rebuild, this world. They've got machinery and all sorts of things that we've never really seen. There's so much hope and opportunity and my character is into this 101%. She goes above and beyond to bring the world back."

At present, World Beyond is confirmed for a two-season run but speaking with Balls ahead of the show's release, Nicolas Cantu (Elton) said that he's very excited about the potential of crossovers in The Walking Dead universe.

"Being a part of the world of The Walking Dead it's very interesting to be lined up with the timelines of all the other shows. In terms of timelines, our show takes place exactly at the same time as when the main show and Fear the Walking Dead, so all the shows are connected by time. That could open up to great interactions in the future, it might be a smaller world than we all think." 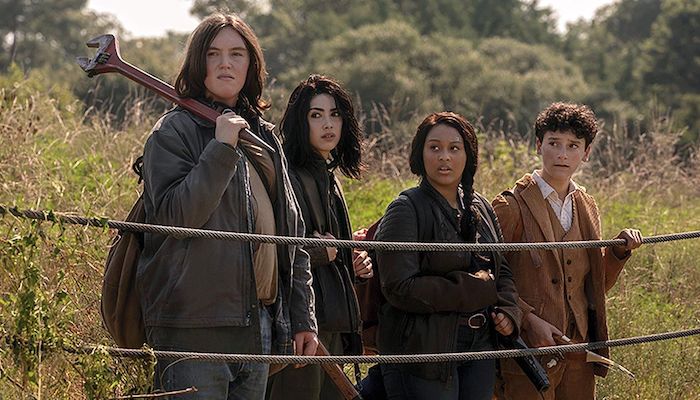 Australian actor Hal Cumpston is also a newcomer to the world of The Walking Dead and he said that he'd be more than happy to stay in this world, provided his character isn't killed off!

"Of course, I'll do whatever they ask us to. You're not going to say no to a Walking Dead show, that's for sure. We'll see what happens, I don't know. I'm not sure what we can talk about but if someone called me and said "hey, you're doing four seasons now," I'd be like 'Ok, cool!'"

This sentiment is very much echoed by Aliyah Royale (Iris) because when asked if she'd like to play the character again, she'd said that she'd bite at that opportunity.

"Yeah, whether it's two seasons, five seasons, or something legendary like the flagship show doing 11 seasons. However long we get to play these characters, it's going to be a blessing regardless. The show is so badass! I want to be Iris as long as I can!"

The Walking Dead: World Beyond will be available on Prime Video in Ireland on October 2 with new episodes coming weekly.