The Most Outrageous and Farcical Dáil Moments In Modern History

The Dáil Eireann chamber has long been a home to a number of chancers, charlatans, and gobshites dressed as "characters" but this century it appears to have gone to a whole new level. Or maybe there's just a lot more cameras these days, and a lot more opportunity to spread the nonsense on the internet.

While the people of the country would much prefer a parliament quietly going about its business for said people, our elected men and women regularly get more than a little caught up in their own grandiose importance and lose all perspective of why they're there. And when they do, you generally shake your head and despair, you often cringe, and, more often than not, you'll laugh. Because despite the tragedy of our public representatives acting like schoolyard eejits, it is also normally hilarious.

In response to the Taoiseach Micheál Martin and Mattie McGrath arguing about Nazism in the Dáil this week, we've been looking back at some of the most uniquely Irish and bizarre moments we've witnessed in the Dáil chamber that left us wondering, what exactly have we sent them there to do?

Do you understand what Nazism was about?

The clip that had been going around on Whats App groups a few months ago showed Bertie Ahern as Finance Minister in 1994 responding to Fine Gael's Gay Mitchell.

Are you deaf as well as stupid?

Speaking of Bertie, 13 years later, he was at the end of the line in his 10 year reign as Taoiseach. Once again, he snaps, this time as Labour leader Eamon Gilmore.

Rightly, probably the most famous moment on the list when an extraodinary outburst from former Green Party TD Paul Gogarty came out of the blue at Labour's Emmet Stagg during a debate on an austerity budget in 2009.

The flabbergasted Ceann Comhairle searching for the words "unparliamentary language" is a highlight, as it the often unseen continuation of the debate as Gogarty and Róisín Shortall continue to go at it.

One of the most recent clips on the list.

Micheál Martin has more than a hint of mischief in his voice and face as he riles Michael Healy-Rae, and the Kerry TD more than takes the bait.

God Above Is In Charge Of The Weather:

Michael's brother Danny Healy-Rae made a few waves around the world when he entered a climate change denial into the Dail record, remembering in particular times when Ireland was "roasted out of it" and "drowned out of it."

Without it becoming a pile-on, one more Healy-Rae clip is needed here, this time involving both brothers and a fairly fed up Fianna Fail TD Marc McSharry who was sick of listening to the two Kerry men and forced a suspension of the House after being told a number of times to "control yourself" by the Ceann Comhairle.

The second and final entry from the hopefully short stay our TDs have at Dublin's Convention Centre when playing Dail, though a few of Richard Boyd Barrett's rants almost made the cut. Poor Eamon Ryan chose a terrible time to nod off, just as he was called to vote!

"I did not come in here to do what your mother should have done and put manners on you!"

Louise O'Reilly of Sinn Féin gets bombarded during a speech both by Minister Mary Mitchell O'Connor and in particular Niall Collins of Fianna Fáil who accuses her of crying "crocodile tears" for workers. O'Reilly doesn't miss a beat in repsonse as yet another Dail session turns into absolute chaos.

This is a farce!

With the Dail is at its most shambolic, the Ceann Comhairle takes on the role of a substutute teacher who at his or her wits end, has entirely lost control of the classroom. One of the best examples of this is this ridiculous clash between Luke Ming Flanagan and Ceann Comhairle Sean Barrett. 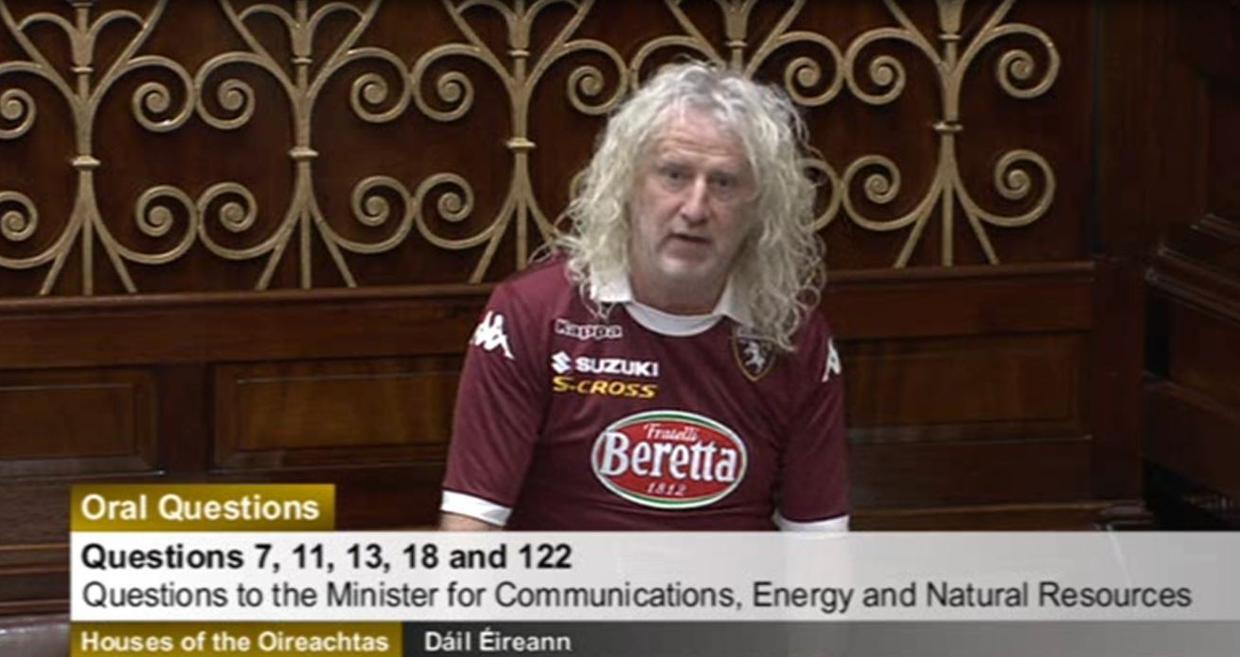 The above argument with Ming Flanagan concerned a Dail dress code. Sitting beside Ming that day was Italian football aficionado Mick Wallace who made Dail history on another occasion by donning a Torino jersey in the chamber. As you do.

I was actually in jail for the period!

"Come outside if you have any guts!" Sinn Féin's Dessie Ellis and Martin Ferris reacted with outrage to Fine Gael's Alan Farrell attempt to link them to the 1983 murder of prison officer Brian Stack.

No doubt there are a huge number we've missed, and many, many more that were not filmed or aren't available online. Please let us know your favourite Dail farce in the comments. 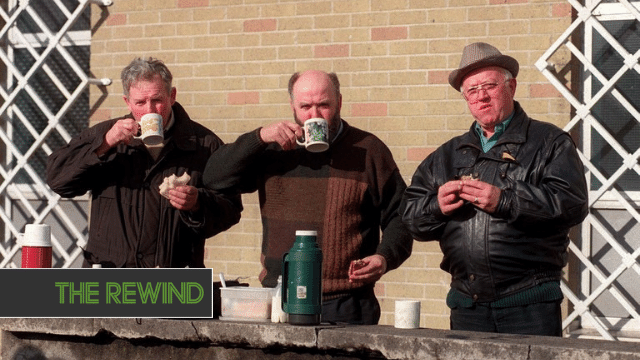