The opening episode was a brilliant return, with a Liam Neeson cameo one among many highlights of the first new Derry Girls offering in three years.

One of the show's leading stars Jamie Lee O'Donnell - who plays Michelle - appeared on The Late Late Show with Ryan Tubridy on Friday night. There was, however, an awkward moment when O'Donnell accused Tubridy of asking a misogynistic question when the host asked her about her age.

Derry Girls' explosion in popularity has largely been down to the hilarious writing of Lisa McGee, and the brilliant performances by the lead cast.

The show has unearthed new stars across the board, and the chemistry of the main five characters has been a real highlight over the past few years.

One of the lead stars, Jamie Lee O'Donnell, appeared on The Late Late Show on Friday. One of the questions asked of her by Tubridy did not go down well, as she raised issue with the RTÉ host asking her for her age.

She initially joked in response, saying she was 117, before saying the question "got on her nerves".

Explaining why she thought the question was misogynistic, O'Donnell said that she had noticed that questions about age tend not to be asked of male actors, and said that she understood it may not have been conscious misogyny from Tubridy.

She said: "You know what it is? It's always quite misogynistic, even if it's unintentionally misogynistic, because men don't get the same scrutiny in their career."

Tubridy went on to explain that the reasoning for his question was that O'Donnell and her co-stars are playing teenagers, despite being older in reality than that age profile.

The atmosphere between the pair wasn't necessarily unpleasant, but there was an awkward energy between the host and the Derry Girls star. It appeared as though O'Donnell may have had more to say, but she was cut off mid-sentence on multiple occasions by Tubridy.

Ultimately, the discussion moved past the incident, and could pivot back to celebrating the success of Derry Girls among other topics.

Nonetheless, it was certainly an uncomfortable moment for Jamie Lee O'Donnell, Ryan Tubridy, and Late Late viewers on Friday night.

SEE ALSO: Cillian Murphy Moved His Kids Back To Ireland Due To Their 'Posh' English Accents 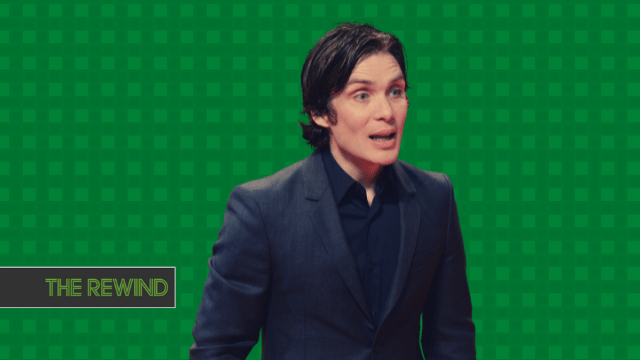