Remember when we were told to look forward to an 'outdoor summer'?

It's been a tough year for everyone and there was nothing people were looking forward to more than getting outside and enjoying a bit of good weather once it came around. After all, there is very little else to do at the moment.

Of course, the decision for a large number of people to take to the pedestrianised streets of Dublin over the weekend has caused a bit of controversy.

The images the next morning of the amount of litter left on the lies of South William Street was a startling one, but as has been the case so often over the last few months, this has once again come down to the issue of a lack of public amenities.

There are simply not enough bins and toilets for people to avail of, an issue that has been repeatedly raised over the last number of months. Dublin City Council (DCC) has done little to nothing to address this is. In fact, as their decision to close Portobello square showed, there seems to be a remarkable lack of common sense on show.

That's what makes the comments from one DCC representative on Today with Claire Byrne earlier this morning so unsurprising. Their 'director of city recovery' Coilín O’Reilly said that the council were hesitant to provide more amenities as it could encourage more people to use them. We shit you not.

We feel that if we provide toilets and bins at these locations, it’ll only drive more footfall and create more of an issue from a public health perspective.

If we supply more toilets and bins, does that bring more people in? Do we end up with bigger public health issues? It’s a very difficult situation to manage...

We obviously don’t want to shut the city street, I think that will have a detrimental effect for businesses on the street as well as citizens.

So much for an outdoor summer. It's hardly as if people will only show up if an extra bin or two is laid out.

Yes, the public should not leave litter on the streets. There should be some common sense on show from the authorities in providing enough amenities to make doing so even less of an option.

For young people who are cooped in small Dublin city centre apartments with no gardens, this is their only chance to get out and socialise at the moment. They were even encouraged to do so.

Perhaps the people who told us all to enjoy an 'outdoor summer' meant sharing a couple of glasses of wine outside in your garden. Unfortunately, many people in this country do not have the luxury to do that.

It seems as though not everyone is entitled to enjoy the good weather in the same manner.

SEE ALSO: The Best Irish Memes As Matt LeBlanc Becomes Your Uncle In The Friends Reunion 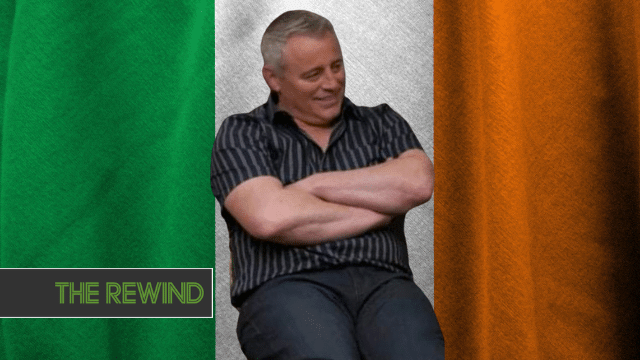