Dublin was swept by heavy rain on Saturday afternoon, and some incredible footage was shared to social media capturing the extent of the damage of floods in Dundrum.

The heavy showers lasted little over a half hour in the middle of the day, but areas on the southside of the city were left dealing with heavy flooding in the aftermath.

The bad conditions hit the entirety of the city and the surrounding area, with heavy rain reported from Drumcondra to Dundrum. It was the areas surrounding Dundrum, however, that were worst affected by flooding.

The footage shared to Twitter by locals of the scenes in Dundrum were shocking, with floods taking hold of the south Dublin area, as well as the neighbouring district of Goatstown. Videos showed cars wading through pools of water on the streets, as well as overflowing drain covers.

Even the Dundrum Shopping Centre was hit, with Twitter users posting photos of the interior of the centre filling with water.

The forecast for the rest of the day does not look great, but it does at least predict a move to isolated showers rather than the ridiculous downpours seen across Dublin this afternoon. Ulster and Connacht are also set to be affected by the rain.

This afternoon and early evening, scattered heavy showers with thunderstorms will cause localised and surface flooding, mainly over Ulster, north Connacht and north and east Leinster. Sunny spells will occur too in light to moderate mainly westerly winds. Showers will become more isolated later in the evening.

The incredible footage from the Dundrum area shows just how quickly the showers took hold of south Dublin, and locals will hope to stay safe as the rain dissipates. 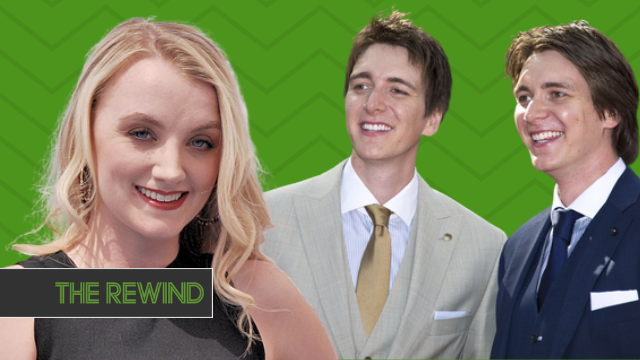 The Rewind
5 months ago
By PJ Browne
Matt Damon Has Plans For Big Irish Trip After Pandemic
The Rewind
1 year ago
By Michael McCarthy
Now The Other Luke Kelly Statue Has Been Attacked Too
The Rewind
1 year ago
By Balls Team
Woman Tells Great Story Of Accidentally Shouting "Hellooo!" At Matt Damon In Dublin
Popular on Balls
Football
3 days ago
By Colman Stanley
Alex Ferguson Names His Greatest Captain, And It's Not His Most Successful Captain
Rugby
3 days ago
By PJ Browne
Trevor Brennan's Sons Played In The Same Top 14 Game At The Weekend
Football
1 day ago
By Gary Connaughton
Frank Lampard Reveals Ruthless Nature Of His Sacking At Chelsea
The Rewind
2 days ago
By Colman Stanley
New On Netflix Ireland: Your Guide To December's New Additions