The Worst (And Best) Covers Of Irish Folk Songs And Ballads

Ireland is known the world over for its music. The musicians and singers, and especially the songs themselves. Many well-known and respected artists have tried and failed in their attempts to cover our tunes, but many have succeeded.

In the last few weeks, we have seen Ed Sheeran come in for a lot of criticism following his performance of ‘Raglan Road’ alongside Joy Crookes on Jools Holland’s New Year's Hootenanny.

Following on from this, we take a look at some of the other covers of Irish folk songs and ballads from over the years.

There are some very forgettable one, but also a few that are truly great and deserving of their praise.

The most ruthless criticism of this Ed Sheeran performance came from a man who is more entitled than anyone to give their opinion on the famous Dublin tune. That man is John Sheahan, the last surviving member of The Dubliners who first recorded and popularised the tune in 1971.

Sheahan spoke to the Sunday World of his disdain for the version sang by Sheeran and Joy Crookes.

"I saw people saying afterwards that Ed Sheeran murdered Raglan Road and I have to agree.

"I wasn't impressed, and I'm sure Patrick Kavanagh or Luke weren't impressed either. Ed Sheeran has a beautiful voice and he's a very talented man, but I was disappointed with his interpretation of Raglan Road."

“I think it's an insult to Kavanagh and Luke Kelly, and to one of the greatest love songs ever written. Certain things should be left alone in their own natural, simple perfection and Raglan Road is one of those.

"Somebody was suggesting that, as an apology, Ed Sheeran should go into a studio and record Raglan Road properly. If he wants to come into the studio and sing it like Luke Kelly, I'll play the fiddle on it for him, no bother."

There are some songs that are pointless to even attempt to cover. If you put your own twist on it it will fall flat on its face, and if you stay true to the original it will never get close to The Pogues' definitive version.

There is no need to go into too much detail for this one. It starts off as a passable version until Jon Bon Jovi begins to sing. It’s downhill from there, and a rare occasion where it might have been smarter to have used auto-tune on his voice.

He is arguably the greatest songwriter and most prolific artist of the 20th century, but this version by Dylan sounds like a Jimmy Fallon SNL impression, with his nasally voice cranked up to eleven.

The rendition is off the poorly received 1992 folk cover album Good As I Been To You. Of course, Dylan would go onto release a slew of more classic albums after this, with his voice back to its best.

It is unlikely any cover will top Paul Brady's legendary stripped down take of this classic folk standard.

This cover can be filed under the list of good versions of Irish folk songs. It stays true to the original and the harmonies are perfect.

It appeared as part of the soundtrack for the Coen Brothers' brilliant film ‘Inside Llewyn Davis’.

The lead singer’s voice sounds very like Timberlake, however, it is Chris Thile of the American folk band the Punch Brothers who is belting out the verses.

Metallica - Whiskey in the Jar

A fan favourite, and the most popular song of their set when they play in Ireland.

Obviously, a lot of praise here must go to Thin Lizzy who recognised the potential of this folk song to be turned into a rock classic. Technically Metallica's version is more of a cover of a cover.

In paying homage to one of their biggest influences, Metallica take it a step further and the results speak for themselves. 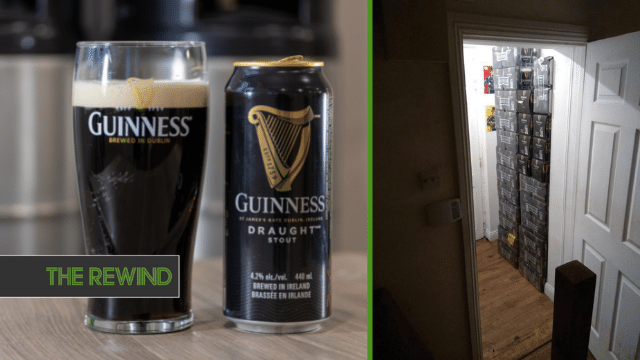