We've needed the escapism of the Marvel Universe like never before, but unfortunately we're still waiting on the next movie from the MCU, with Black Widow's release delayed due to the pandemic.

While many of us have passing the time by rewatching all the previous Marvel movies (it's well worth doing it in chronological order), Disney+ have a little treat coming our way in November, in the form a new documentary series.

Marvel's 616 is an eight-episode anthology series that will explore the legacy of some of the most interesting aspects of the Marvel franchise, whether it be the characters, the storytelling, the fandom, or its influence on pop culture.

Each episode is directed by a different filmmaker, with some big names at the helm. The list of directors include Community co-stars Gillian Jacobs and Alison Brie, who will direct an episode each, and The League's Paul Scheer. Scheer also features heavily in the series trailer.

"Each documentary, helmed by a unique filmmaker, showcases the intersections of storytelling, pop culture, and fandom within the Marvel Universe. Episodes in this anthology series will cover topics including Marvel’s world-spanning artists, the trailblazing women of Marvel Comics, discovering the “forgotten” characters of Marvel, and much more."

The titles and directors of each episode are:

We're really looking forward to this one. Every episode will be available to stream on Disney+ from 20 November.

See Also: Ranking Which Avengers Would Be The Most Craic In Coppers 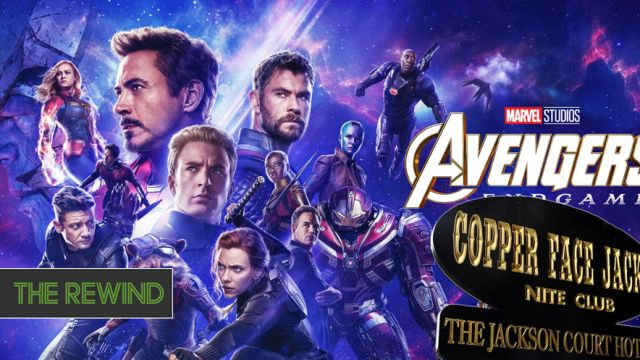 The Rewind
2 months ago
By Paul Moore
Release Of The Mandalorian Season 2 Is Very Unlikely To Be Delayed By Covid
The Rewind
6 months ago
By Mark Farrelly
5 Of The Best Documentaries On Disney+ Right Now
Popular on Balls
Football
13 hours ago
By Balls Team
Confirmed: Ireland To Play England In Wembley Friendly
2