It's mad to think that it's been 24 years since the last episode of Father Ted hit our screens.

The iconic Channel 4 comedy was a smash hit at the time and it continues to hold up in the present day. It's essentially impossible to spot an episode when you're flicking through the channels and not watch at least a few minutes of it.

Of course, some of the biggest stars of the show are no longer with us. Dermot Morgan tragically passed away before the final season of the show even aired, while Frank Kelly also died in 2016.

That being said, some of the other memorable side characters that graced our screen over two decades ago have reunited in recent days.

Joe Rooney, who played Father Damo in an iconic Father Ted episode, took to TikTok to share a clip of him and a few other cast members reprising their roles.

Father Ted in 2022! This is incredible 🤣pic.twitter.com/yV6QSmHVt8

Four brilliant characters, all of who put in brilliant performances during their limited time on the screen.

It is difficult to pick which of those four characters was the best, with each providing some very memorable moments. Father Damo certainly gave us one of the most quotable lines in Father Ted history.

As for Father Stone, he is a man that needs no introduction.

We definitely wouldn't mind seeing a few more cast members meet up to provide with more of this type of content in the future.

SEE ALSO: From Titans To Minnows - How Have Ireland Become So Bad At Eurovision? 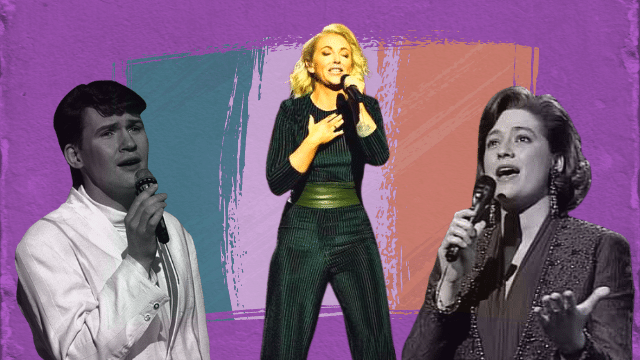 The Rewind
4 months ago
By Mark Farrelly
Quiz: How Well Do You Remember The Father Ted Christmas Special?
The Rewind
5 months ago
By Jonathan Byrne
Father Ted In Pandemic Times: Man Uses Fake Arm To Dodge Vaccine
The Rewind
7 months ago
By Jonathan Byrne
How Father Ted's Over 75's Match Paved The Way For Squid Game
Popular on Balls
GAA
1 day ago
By PJ Browne
The Draw Has Been Made For Tailteann Cup Opening Rounds
GAA
2 days ago
By PJ Browne
Donal Óg Cusack Defends Dublin Hurlers After John Mullane Criticism
The Rewind
3 days ago
By Eoin Harrington
Watch: Brilliant Dermot Morgan Dublin Segment From 'The Travel Show' Resurfaces
Football
3 days ago
By Eoin Harrington
Alan Shearer Says Roy Keane "Ran Away" From Him After Famous Clash